AHRC commemorates May 15, 2019; the anniversary of the Palestinian catastrophe, the Nakba 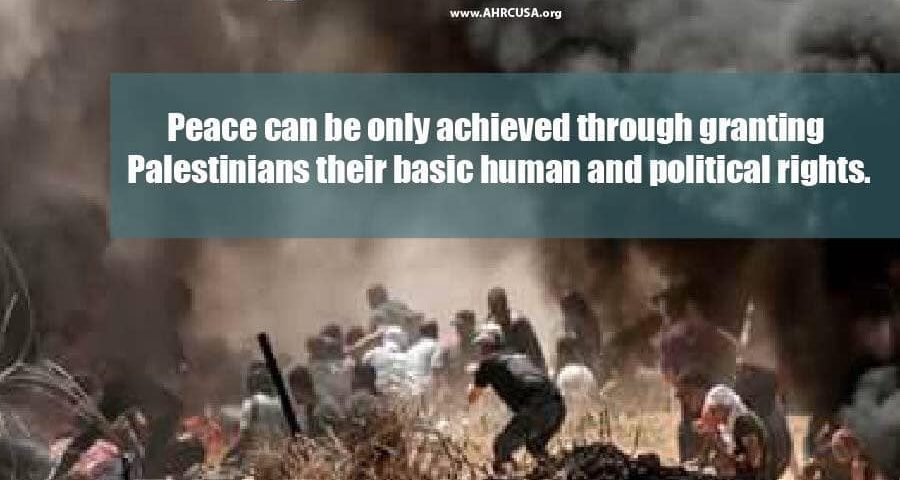 [May 15, 2019]: The suffering of the Palestinians continues unabated. Millions continue to live in camps in dire conditions. Even those who were expelled to other parts of mandatory Palestine continue to suffer from expansionism. Many of the uprooted Palestinians of 1948 fled to what is today called the West Bank and to Gaza in addition to neighboring countries such as Jordan, Lebanon, Syria and Egypt. Gaza is a big prison and its residents live in truly challenging conditions due to an Israeli imposed siege. The West Bank is broken into blocs where movement of Palestinians is hindered by the Israeli occupation that started in 1967. Settlements, Jewish only blocs, keep expanding.

Thousands of Palestinians are held in Israeli prisons under all types of pretexts. There is a long list of violations of the human rights of Palestinians that continue to this day. A lasting peace recognizes the basic humanity and political rights of the Palestinian people and their inalienable right to live with dignity and freedom.

AHRC calls upon the United Nations and the international community to end the siege of Gaza and stop the ongoing attacks and immediately investigate the human rights crimes committed. Ending the Israeli occupation is the basic step towards ending this unfortunate conflict. Peace requires the effective, fair and just engagement of the international community in the peace process. Denying them their most basic human and political rights is not conducive to peace.

AHRC continues to support the two-state solution with the Palestinian capital in East Jerusalem. We call for an end to Israeli occupation and international protection for the Palestinians from Israel. AHRC calls upon peace loving people to act on behalf of peace and unity demanding an end of all forms of occupation, violence and counter violence and help advance the cause of lasting peace, freedom and justice for all.

“We should recognize human suffering for what it is, Human suffering, regardless of the demographic background of the suffering human being,” said Imad Hamad. “The violations of the human rights of the Palestinian people are ongoing human-made disasters and can be rectified by applying the needed pressure on the state of Israel,” said Hamad.

Your story is published and below is a link to the publication
http://www.thenigerianvoice.com/news/278190/ahrc-commemorates-may-15-2019-the-anniversary-of-the-pales.html