AHRC and AMLC request an investigation regarding anti-Muslim Flyer, call on Costco to review its Response to attempts to spread hate on its property 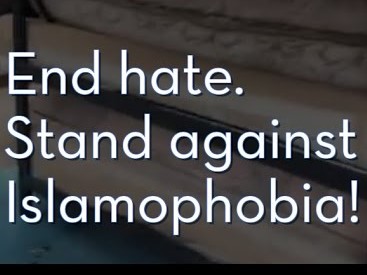 [Michigan, May 14, 2019]: The American Human Rights Council (AHRC-USA) and the American Muslim Leadership Council (AMLC) are alarmed by the distribution of an anti-Muslim flyer that mocked and degraded Prophet Mohamed. The flyer’s content is very offensive to Muslims. The hatful flyer was distributed and put on the customers’ cars windshields at the parking lot of the Costco Wholesale located at 13700 Middlebelt Road in Livonia, Michigan.

According to one customer who reported this incident the flyer was put on cars on Wednesday, May 8, 2019 around 5:45 pm. The customer was offended and reached out to one of Costco’s managers asking them to do something about the distribution. The manager instead asked the customer to call the police and report it as the matter is not Costco’s responsibility. We salute the customer who notified Costco requesting action to stop the distribution of the flyer.

AHRC communicated with Livonia Police Department who and requested immediate investigation related to this most despicable act of hate and anti-Muslim propaganda. In addition, AHRC and AMLC representatives visited Costco on Friday, May 10, 2019 and relayed the serious concerns regarding the lack of action from Costco management to address this sensitive matter that spreads hate against many of their customers.

The parking lot is Costco’s private property. It is a matter of grave concern that the Costco staff asked the customer to call the Police as they have “no control” over the parking lot. It is Costco’s responsibility to keep their property safe and welcoming to all.

During the brief meeting, Costco management noted that they do not recall the incident, they do not condone such acts, they can’t release employee information, camera footage except to authorities and that they will fully cooperate with the Police investigation. The American Human Rights Council (AHRC) and the American Muslim Leadership Council (AMLC) trust that the Livonia Police Department will pursue its investigation that will hopefully reveal the identity of those behind this flyer and the rhetoric of hate it included.

AHRC & AMLC demand that Costco make every effort to keep their property safe and welcoming to everyone. We ask them to treat anti- Muslim bigotry with the same urgency and alarm that they would treat hate directed against any other faith or group. Disrespect to one faith is a disrespect to all faiths, and such advocacy of hate mongering against Muslims or/and others is not accepted and should be met with swift action.

“We simply ask any business or government to treat anti- Muslim bigotry the way they treat any other bigotry,” said Imad Hamad, AHRC Executive Director. “We are disappointed that Costco did not deal with this hateful act the way we expect a great American corporation to act,” added Hamad. “Costco, in word as well as in deed, needs to assure all its customers, including Muslims, that it values them and would react swiftly when its property it used to spread and promote hate,” concluded Hamad.

“The flyer is bigotry. It’s appalling to see such piece of hate around,” said Abdallah Sheik, AMLC President. “We are very disappointed that Costco disregarded the customer’s concern and did not act promptly,” continued Mr. Sheik. “Hate is our common enemy and any advocacy of hate against the Islam or any other faith is not unacceptable and should not be tolerated,” concluded Mr. Sheik.
For more information call the AHRC office at 313-790-8453 or the AMLC office at 313-586-4610.

Your story is published and below is a link to the publication
http://www.thenigerianvoice.com/news/278155/american-human-rights-council-ahrc-usa-and-amlc-request-a.html