AHRC Commemorates the 3rd Anniversary of the passing of Dr. Clovis Maksoud 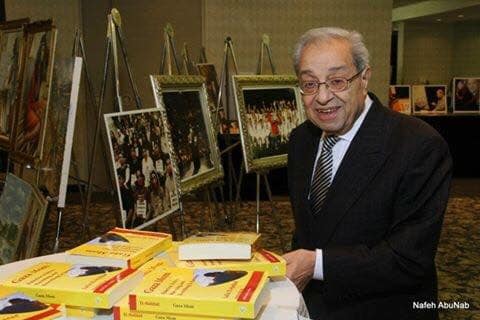 [May 15, 2019]: Three years ago the Arab American community lost a giant of a human being- AHRC Honorary Chair, H.E. Dr. Clovis Maksoud. Dr. Maksoud passed away on May 15, 2016, on the Palestinian Nakba day. This coincidence reflects Dr Maksoud’s legacy of advocacy for Palestinian human rights during his long years of public service. Dr Maksoud was true honorable humanitarian whose legacy will continue to inspire generations to come.

Dr. Maksoud was one of the greatest and most consequential eras in the history of the Arab- American community. The late Dr. Maksoud & his wife the late Dr. Hala Salam Maksoud, were brilliant organizers, thinkers, scholars, loyal friends, and genuine fighters on behalf of social justice, equality and the advancement of human dignity and human rights.

Dr. Maksoud served as the Honorary Chair of the AHRC Honorary Members since the inception of AHRC on 2013 until his death on 2016.

“There is a saying that everyone is replaceable and most of the time it is true,” said Imad Hamad, AHRC Executive Director. “However, Dr. Maksoud is one those special human being who are not replaceable. His contributions were unique and he is sorely missed,” added Hamad. “The Maksouds, Clovis and Hala, were my friends and mentors who introduced me to the world of activism and social change and inspired me to serve our common humanity,” concluded Hamad.