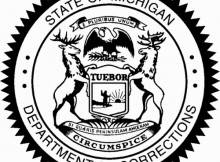 As we approach the beginning of the holy month of Ramadan anticipated on June 18, 2015, the American Human Rights Council (AHRC-USA) contacted the Michigan Department of Corrections regarding the state of inmates of the Muslim faith who will be fasting during the daylight hours of this holy month and require certain meal accommodations at night.  To those observant, fasting is an act of worship in Islam. Muslims abstain from food and drink from dawn to sunset during the entire month of Ramadan. Muslim inmates who sign up for fasting must break their fast at time of sunset without delay and similarly a pre-dawn meal is to be provided for them before starting the fast daily. Muslims are not allowed to eat pork or any byproducts of pork. AHRC recommended a halal/kosher meal in observance of the holy month of fasting. AHRC sees this far from being a privilege or a form of a selective or special treatment. It is a basic religious right to people who wish to practice their faith. In addition to fasting, the holy month of Ramadan is a month of reflection, sharing, caring and purity.  Observant Muslims in the US as well as across the globe take advantage of the spiritual dimension of the holy month as they draw themselves closer to God seeking forgiveness, peace, and mercy. It is a time for every Muslim to renew his/her faith by committing themselves to live up to the good moral values Islam prescribes.

AHRC acknowledges that this is the most important time of the year for inmates of the Muslim faith within the prisons and jails system across the state of Michigan. AHRC commended the MDOC prompt attention related to this basic human right need. AHRC will work closely with the MDOC regarding this important quest