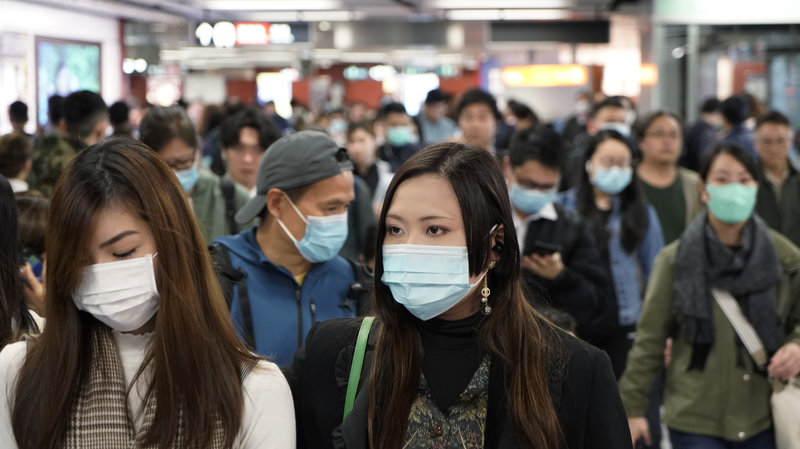 The World Health Organization announced Thursday that the outbreak of a deadly and fast-spreading strain of coronavirus constitutes a global health emergency.
“Over the past few weeks, we have witnessed the emergence of a previously unknown pathogen, which has escalated into an unprecedented outbreak, and which has been met by an unprecedented response,” WHO Director-General Tedros Adhanom Ghebreyesus told reporters in Geneva.
However, Tedros was adamant that “the main reason for the declaration is not because of what is happening in China but because of what is happening in other countries. … Let me be clear, this vote is not a declaration of no confidence in China.” He said the WHO is deeply concerned about what will happen if the virus begins spreading in countries with weak health systems, and that the purpose of the declaration is to help those countries.
The declaration of a global health emergency can work to galvanize international funding. According to the WHO’s procedures, the three criteria for such a declaration are that it is an “extraordinary event,” that it “constitute a public health risk to other States through the international spread of disease” and that it “potentially require a coordinated international response.”

The last time the WHO announced an international health emergency was in July 2019 over the Ebola outbreak in the Democratic Republic of Congo. Before that, international emergencies were declared in 2016 for the Zika virus and in 2014 for the Ebola outbreak in West Africa.
The coronavirus drew worldwide attention after Chinese authorities began reporting cases of pneumonia in the eastern city of Wuhan last month. They were able to pinpoint the cause to a previously unknown strain. Other forms of coronavirus, such as SARS and MERS, have been responsible for past international outbreaks.
Health authorities believe this particular strain, known as 2019-nCoV, likely spread from an animal. China’s National Health Commission has said that it is associated with exposure at a seafood market that also sold live animals in Wuhan.

Since then, the virus has spread from Wuhan to countries around the world, including the United States, Japan, Singapore and Thailand. “The vast majority of those cases are still associated with travel to Wuhan,” said Dr. Michael Ryan, executive director of the WHO’s health emergencies program.
The virus has sickened more than 7,800 people worldwide and killed at least 170, all of them in China.

“We know that this virus can cause severe disease, and that it can kill, although for most people it causes milder symptoms,” WHO Director-General Tedros Adhanom Ghebreyesus told reporters last week. The organization said that about 20% of those infected experience severe illness.
There are several reasons why experts find the new coronavirus particularly concerning. First, the WHO said there is evidence that the virus could spread from human to human. “The disease is mainly a respiratory disease passing via droplets from one person to another and mostly still through close contact,” Ryan said.
The droplets could come from sneezing, coughing or even talking. This is worrying because it is easier for a virus to spread quickly between humans compared with a virus transmitted from an animal to humans.

Second, experts still don’t know for certain what animal the virus originated from in Wuhan. “Until we know what the animal is, there potentially could still be animals being sold in markets all across China that is spilling virus over into people,” Matthew Frieman, a virologist with the University of Maryland School of Medicine, recently told NPR’s Nurith Aizenman.
And third, Chinese authorities say that the virus has also infected medical workers – people who already would be taking serious precautions to protect themselves.
There is currently no targeted drug to treat the virus, Chinese health authorities said. And there is no vaccine to guard against it.
Several countries, including the U.S., have started to evacuate citizens from Wuhan due to concerns about the coronavirus. As NPR’s Bill Chappell reported, American passengers broke into cheers after their flight from Wuhan touched down Tuesday night in Alaska. The Centers for Disease Control and Prevention is advising that travelers “avoid all nonessential travel to all of the country.”

Major airlines, such as United Airlines and British Airways, have suspended flights to Chinese cities.
Chinese health authorities recently announcing new sweeping measures to try to contain the new coronavirus by implementing a strict quarantine on Wuhan, a city of some 11 million people. “There’s no sense of when the quarantine might be lifted,” NPR’s Emily Feng reported from Beijing. “The big problem is that people are going to have to return to work soon, when the Lunar New Year is over, many of them are coming from villages where there are very few screening measures for the virus.”
China’s government has come under criticism for not responding more quickly to the outbreak. But WHO officials have praised the Chinese response.
“We were very impressed the level of engagement of the Chinese government at all levels,” Ryan said. “Personally, I think myself and the director-general have never seen the scale, commitment of an epidemic response at this level.”