AHRC: President Trump’s Deal of the Century is a Recipe for More Injustice and More Conflict in Palestine 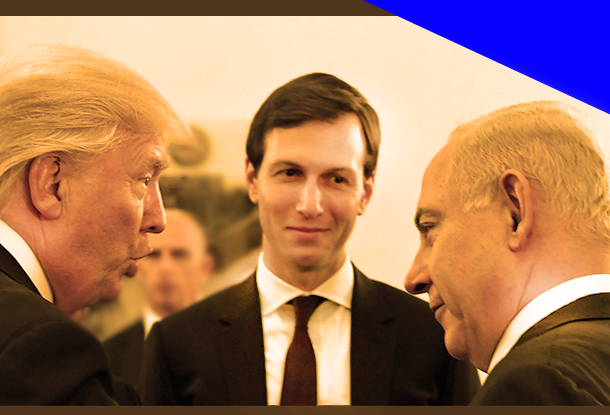 The American Human Rights Council (AHRC-USA) is greatly disappointed, but not surprised, with the specifics of the recently released Deal of the Century. This proposal is one-sided, biased and rubber stamps Israeli violations of international law and human rights in the occupied Palestinian territories. It is telling that no Palestinian was present at the Declaration of this plan on Tuesday January 28. It is not acceptable to any Palestinian.

The so-called “Deal of the Century,” is a false hope to resolve the Arab-Israeli conflict. This Trump’s administration effort to impose a surrender on the Palestinians is a betrayal of international law, justice and American values. Any peace deal that does not provide two states, Palestinian capital in East Jerusalem and right of return, is bound to fail. Indeed, genuine efforts to end this conflict are long overdue and the parameters of a just and lasting peace are well known.

Dr. Shadi Hamid of Brookings Institution in Washington, DC stated: ‘Israel-Palestine is that rare incredibly difficult “problem” whose solution is within realm of imagination: 67 borders with swaps; E. Jerusalem as Palestinian capital; right of return to new Palestinian state, with a small, agreed upon number being able to return to Israel proper.’ This is what the Palestinians signed up for and expected. Instead the Deal embellishes and formalizes Apartheid in the occupied territories.

“This Deal is the Great Betrayal of the Century,” said Imad Hamad, AHRC Executive Director. “Any peace agreement that is not guided by respect for international law and the human rights of the Palestinians is bound to fail,” added Hamad. “And this so-called Deal of the Century is dead on arrival,” concluded Hamad.
Dear author,

Your story is published and below is a link to the publication
http://www.thenigerianvoice.com/news/284754/ahrc-president-trumps-deal-of-the-century-is-a-recipe-for.html

Reaction to Trump Deal of the Century is swift and critical

A Plan for Peace or a Recipe for War? Trump Unveils his Israel-Palestine Peace Plan