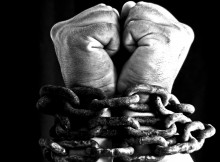 [Michigan, June 26, 2014]- The American Human Rights Council (AHRC) joins the world’s community in observing the International Day against Torture that is observed today, warning that the increase in torture worldwide undermines the fight for fundamental civil rights and human rights.

On June 26, 1987, the Convention against Torture and Other Cruel, Inhuman or Degrading Treatment or Punishment http://legal.un.org/avl/ha/catcidtp/catcidtp.html was adopted to consider torture, and all forms of inhuman or degrading treatment or punishment, as being illegal. A decade later on December 12, 1997, the UN General Assembly proclaimed June 26 as the annual “International Day in Support of Victims of Torture.” The proclamation was adopted in a resolution (52/149) http://www.un.org/ga/search/view_doc.asp?symbol=A/RES/52/149 and recognized as a Universal Convention against the use of Torture.

AHRC takes this occasion to affirm the basic human right of every individual to personal dignity, equal protection, prevention and eradication of torture, end to the inhuman or degrading treatment or punishment that torture represents. The United Nations has condemned torture from the outset as one of the vilest acts perpetrated by human beings on their fellow human beings.

“The use of torture in our world today undermines our combined commitment to uphold the fundamental civil rights for every human being,” said AHRC Legal Advisor, Mohammed Alomari, Esq. He added “Torture cannot be justified under any circumstances as it is one of the most profound human rights abuses that should not be tolerated.”

The AHRC supports the efforts by the United Nations and many NGOs and individuals who work tirelessly for the prevention of torture and support suffering victims fight against torture. Today AHRC marks the occasion to advance the collective efforts towards raising more awareness about this global challenge.

“Speaking out against torture is relevant to all Americans because the use of torture as a means of punishing individuals or as a quasi-judicial method to extract information outside of the judicial system erodes the very foundation of the civil rights that we enjoy today,” said AHRC Executive Board Member Professor Michael Thomas. He added “We all stand united towards a world free from torture.”

The AHRC has established offices at 13530 Michigan Avenue, Suite 332, in Dearborn, Michigan 48126. Offices are also planned for Chicago and cities across the United States. The telephone number of the Michigan Office is 313-914-3251 and the fax number is 313-914-3284. The AHRC website is www.AHRCUSA.org. The contact email is info@AHRCUSA.org.