Thursday, October 20, is “Imagine a Day Without Water.” 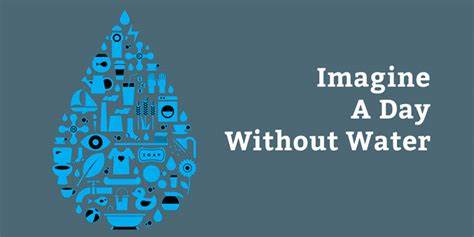 Thursday, October 20, is “Imagine a Day Without Water.” Seriously, imagine a day without water, without water to wash your face, brush your teeth, cook, and flush a toilet. Did you know that there are residents in many cities who do not have water because they are unable to afford to pay the water bill? So, the Water Department shutoff their water having no concerns about not only life sustainability but health issues.

For most people it is life as usual. We take water for granted. It is available in abundance at our homes while those who are deprived of it live on borrowed water from neighbors or purchase gallons of water to drink and in some cases collect rainwater to flush toilets. How can such a condition exist in the richest country of the world, the USA?

Water is essential to life. The lack of it threatens the lives of people, health, and wellbeing. Water shutoffs can result in Health and Human Services removing children from the home.

We at the, American Human Rights Council – AHRC, join our voice to the many voices and stand in solidarity with “We the People of Detroit” and “People’s Water Board Coalition,” among other organizations and people of conscience, calling on all local governments to use federal and state dollars to assist families at risk of water having their water shut off and support ongoing efforts to make water affordable.

Simply adding delinquent water bills to taxes is not the solution since it often results in struggling families losing their homes to foreclosures. We need an affordability plan that allows all people to pay their water bills and keep their homes.

“Water is not a commodity; it is a human right.” Commented Imam Elturk, co-founder of AHRC. “Every person is entitled to having access to clean affordable water.” He added.

Imagine A Day Without Water is a national annual day to raise awareness and educate communities about the value of water and our responsibility to protect and defend the Human Right to Water.
###
AHRC Mission:
The American Human Rights Council (AHRC) is dedicated to defending and protecting human rights as outlined in the U.S. Constitution and the United Nations 1948 Universal Declaration of Human Rights (UDHR). The AHRC was formed to protect these rights and advocate for anyone whose rights are being violated or denied. To that end, the AHRC will build a tenacious, objective, and carefully guided advocacy program that will serve to defend individual human rights, whenever and wherever they are being infringed upon
# # #
AHRC News & Views
Media & Information: (313) 9143251 or via email at: Info@ahrcusa.org
NGO in Consultative Status with the Economic and Social Council (ECOSOC) of the United Nations