The FBI & the Arab American Community: Surveillance planes and the CVE Intervention program: 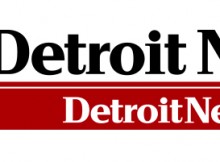 The recent FBI surveillance planes that were observed flying over Dearborn a few days ago made many revisit the issue of trust between the Arab and Muslim American community and the federal government.

Did these planes fly over Dearborn because of its identity as the hub of the Arab and Muslim American community? Surveillance is an issue of concern to a community that has dealt with different unfortunate episodes, and has become aware of questionable federal law enforcement techniques.

The FBI responded to community concerns by stating that the aerial surveillance is real but its mission is legitimate law enforcement activity and not broad profiling of any particular community. Despite that, many could not help but perceive that the government was profiling the community.

There is a real and acute sense that Arab Americans and Muslim Americans are treated unfairly and viewed suspiciously as a group.

There is no doubt that the U.S. faces a real terror threat. And surveillance, when it comports with the law and the democratic traditions of the nation, is a legitimate and necessary law enforcement tool. The FBI planes are not solely an Arab or Dearborn issue, and portraying them as such is inaccurate and perhaps irresponsible as well.

Most importantly for the Arab and Muslim American community, the news of the FBI planes over parts of Metro Detroit came when the Wall Street Journal published on Aug. 5 a report about FBI efforts to counter violent extremism.

The article quoted Dearborn Police Chief Ron Haddad, who was contacted by a family concerned about their son possibly joining the terror group Islamic State. The Dearborn police helped the family obtain psychiatric help for the troubled teen. The usage of the intervention model of counseling for troubled teens who sympathize with terrorist organizations or indicate interest in joining them is a very important development that was overshadowed by the FBI plane over Dearborn saga. It is a laudable development that did not get the attention it deserves.

The safety and security of our society and our nation is our common responsibility and mandates effective mechanisms that make people feel, see and sense its substance. A productive relationship between the community and the federal government will help put all parties of interest or concern at ease instead of being on edge or intimidated\. Time is due to revisit, reassess and re-evaluate the concept of community-federal law enforcement engagement amidst the growing threats of domestic and international terrorism and acts of hate.

The common threat of terror should be good enough for all parties to rise to the challenge of securing a productive relationship built on trust.