AHRC expresses its heartfelt condolences for the death of Detroit Police Officer Glenn A. Doss Jr 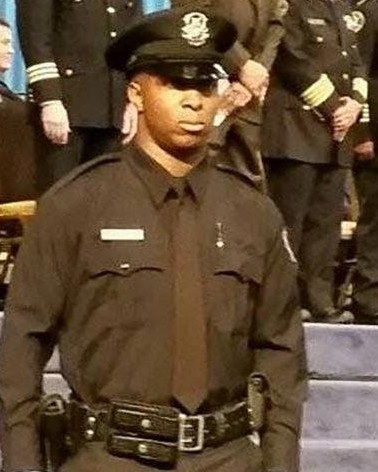 The American Human Rights Council (AHRC-USA) expresses its heartfelt condolences for the death of Detroit Police Officer Glenn A. Doss Jr., who was shot  while on duty  last Wednesday and died later on, Sunday, Jan. 28. due to severe injuries. The loss of Officer Doss’s  life is a loss to his family, law enforcement and society at large.

Officer Glenn Doss Jr. Â was an exemplary member of the force who was dedicated to his mission and duties as a Police Officer.

The shooting of Officer Doss Jr. is another painful reminder of gun violence in general and the rise of the vicious and outright criminality of the targeting of police officers and other first responders.

AHRC-USA reiterates the obvious to all decent law- abiding citizens and residents of the United States- that police officers are our sons, daughters, wives, fathers, friends and relatives- and above all our brothers and sisters in humanity. Overwhelmingly, they take the oath to protect us seriously and work tirelessly and honorably, often in very challenging circumstances.

“We are deeply saddened by the violent and senseless death of Officer Doss Jr.,” said Imad Hamad, AHRC Executive Director. “We owe it to Officer Doss Jr. to make sure we work together to put an end to this violence,”  continued Hamad.