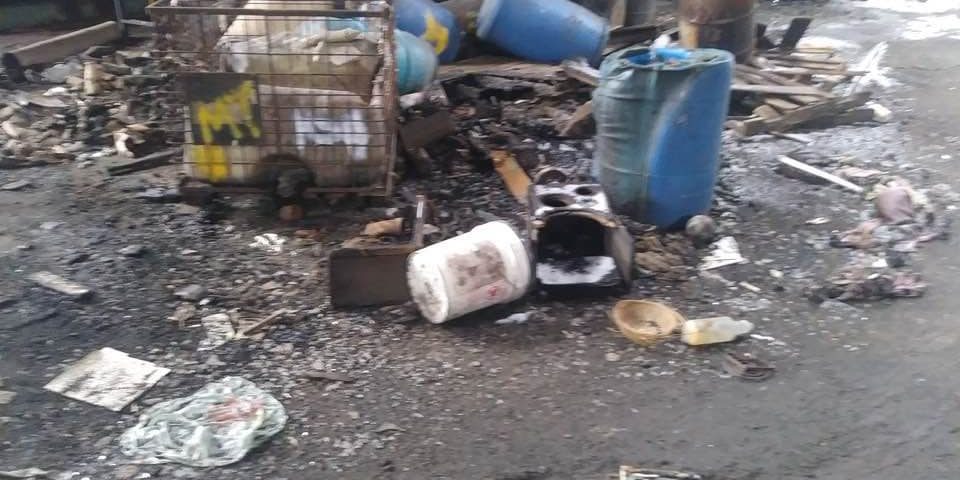 What: Press conference demanding Investigation of numerous abandoned structures and potentially contaminated sites, just blocks from where EGLE is contracting with the US Ecology corporation on Georgia St. to store deadly PFAS. Coalition is also disturbed and shocked EGLE approved the massive ten-fold expansion of US Ecology’s toxic waste storage site on Georgia St, which will lead to increased hazardous waste being dumped from other states.

“The discovery of all these potentially contaminated sites in the same area we have expressed concerns for 5 years, where EGLE is storing PFAS and authorizing increased dumping of toxic waste, demonstrates EGLE’s complete disregard for the health and safety of our local residents. There is too much going on in this one small area, endangering families in our neighborhoods. No studies, no proactive steps to protect the public, just a policy of dump more here. As we celebrate new jobs at Flex-N-Gate, Dakotta Integrated Systems and GM, we must up ramp our efforts to protect these workers and local residents from these environmental threats.”

Background:
Metro Times Reporter Steve Neavling photos sent the attached photos taken from an abandoned 5-story building on Miller Road just east of Mt. Elliott in Detroit. This structure is just blocks from where EGLE is contracting with US Ecology to store PFAS. Also, the day after Governor Whitmer’s State of the State speech, EGLE gave US Ecology the green light to build one of the largest toxic waste and storage facilities in America, just blocks from densely populated neighborhoods in Detroit and Hamtramck.

Today, Robinson visited the area near Miller St and Mt. Elliott and found other buildings of concern, including structures near the corner of Foster and Miller and one at 6195 Selkirk across the street from residential homes. 6400 Miller may be tied to Bagley Properties. 6195 Selrick may be a Detroit Land Bank property.

In December 2019, EGLE contracted with US Ecology to store PFAS and began shipping deadly PFAS to this neighborhood.

In January 2020, EGLE gave US Ecology Corporation the green light to build a massive toxic storage facilities despite a history of violations. Now, Robinson is expressing concerns about potential contamination just blocks away.

In July 2019, Rep. Robinson introduced HBs 4808 and 4809 to halt the expansion or enlargement of hazardous waste storage facilities and ban the storage of radioactive TENORM at hazardous waste storage facilities. Both bills were introduced in July, and neither has been scheduled for a hearing. Rep. Robinson is calling on the chair of the natural resources committee to hold hearings on these bills and protect the health and safety of Michigan’s residents.

And In the wake of the “green ooze” discovery exposing yet another instance of negligent corporate pollution in the state, Rep Robinson co-sponsored an eight-bill package with his Democratic colleagues to increase financial penalties for companies that poison our air, water and soil. These bills include real, tangible ways to hold bad actors accountable for the destruction they cause while also incentivizing corporate CEOs to behave more responsibly.

Robinson introduced House Bill 5454, which would establish higher bonding requirements so companies are financially responsible for “worst case scenario” levels of clean up.

The package will, among other things, make Natural Resources and Environmental Protection Act of 1994 (NREPA) violation fines a portion of revenue as opposed to a fixed, often minuscule amount (HB 5455), eliminate the statute of limitations to file a civil claim due to environmental issues (HB 5453), and establish a Responsible Corporate Officer Doctrine allowing CEOs to be held financially and criminally responsible for business decisions that result in pollution.