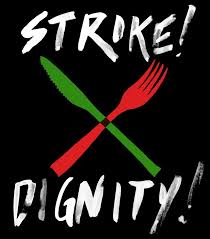 The American Human Rights Council (AHRC-USA) expresses its serious concerns regarding the well-being of 1700 Palestinian political prisoners in Israeli prisons.

These Palestinian prisoners, detained under all kinds of pretexts and often in violation of human rights law, declared a hunger strike on April 17, 2017 to expose the Israeli authorities’ harsh, inhumane treatment as well as demanding justice. Today marks day 26 with the prisoners basic human demands still not met and amidst the world’s community’s silence and very little media attention.

These political prisoners include elected officials who have been subject to indefinite administration arrest with no due process nor any court proceedings let alone conviction of any crime. They have been denied family visits and are placed in remote prisons inaccessible to Palestinian visitors. The prisoners suffer from severe lack of adequate healthcare services. Many of these prisoners are thrown in solitary confinement and placed in isolated cells for long hours for no reason. This inhumane situation compelled the prisoners to declare a hunger strike.

AHRC is very alarmed by the Israeli Authorities’ continued efforts to crush the prisoners further by force feeding them, an illegal method that violates their human rights. AHRC calls on the Israeli authorities to respect the prisoners’ human rights, especially their rights as occupied people whose treatment by the occupying power is governed by the Geneva Conventions.

AHRC-USA calls upon the United Nations and the international community and all peace loving people to stand in full support of the prisoners’ demands that are protected by international law and international norms.

AHRC-USA calls upon the Israeli government to respond favorably to the prisoners’ just and basic demands. AHRC believes that the root cause of all the human rights abuses of the Palestinians is the illegal occupation and affirms that no peace can be achieved without establishing a genuine coexistence through the two states solution.