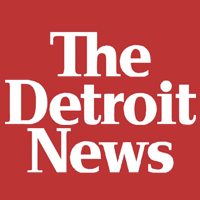 Imad Hamad, the longtime advocate for Metro Detroit’s Arab and Muslim community on Sept. 11, 2001 was headed to a noon meeting with Northwest Airlines officials to discuss complaints about racial and religious profiling. As the plane approached D.C., the pilot announced air traffic issues were forcing the flight to be diverted from Reagan International Airport to nearby Dulles.(Photo: Brandy Baker / Detroit News file)

Imad Hamad hopped a morning flight from Detroit to Washington, D.C. on Sept. 11, 2001. If his fellow passengers didn’t notice him at the beginning of the trip, he said all eyes were on him after the plane touched down.

The longtime advocate for Metro Detroit’s Arab and Muslim community was headed to a noon meeting with Northwest Airlines officials to discuss complaints about racial and religious profiling. As the plane approached D.C., the pilot announced air traffic issues were forcing the flight to be diverted from Reagan International Airport to nearby Dulles.

Passengers learned the rest of the story after the plane landed: Terrorists had attacked the United States.

“Everyone grabbed their cell phones, but they couldn’t make calls,” Hamad said. “Then, I felt them all looking at me.”

Hamad, an immigrant from Lebanon, was stuck in Washington for a week, enduring suspicious stares and snide remarks. When he boarded an airplane to return home, he says he sat next to a woman who recoiled in fear — but by the time the plane landed, he says they’d found common ground, and their brief encounter ended with a hug.

Hamad, who at the time was president of the American-Arab Anti-Discrimination Committee’s Michigan office, had been trying for months to get a meeting with Northwest officials to discuss how airline workers were treating Arab and Muslim flyers.

“Even before 9/11, profiling and harassment was a big problem with airlines, particularly Northwest and KLM,” said Hamad, now president of the American Human Rights Council.

A look back: Nation reels in new face of war

“There was a long debate that went back and forth for months, and the parties all agreed to meet at Northwest Airlines headquarters at noon on Sept. 11,” Hamad said. “I thought I would go to the meeting and come back home to Detroit the same day.

Nobody was smiling after the second announcement was made. “I’m shocked like everyone else,” Hamad said. “In my mind, I’m thinking, ‘I hope this isn’t true — and I hope it wasn’t an Arab or Muslim involved in this.’”

After deplaning, Hamad said he found the airport “in chaos. People were running everywhere, jumping everywhere, long lines. I tried to call my family and (ADC) headquarters in Michigan, but there was no cell communication.”

Nearly 3,000 people died in the coordinated terror attacks in New York City, Washington, D.C., and Pennsylvania. Hijacked planes were flown into the World Trade Center towers, which eventually collapsed, the Pentagon and a field near Shanksville.

Hamad tried to hail a taxi. “They wouldn’t take anyone by themselves; you had to share a ride with others,” he said. “I managed to get a taxi. The driver was an immigrant, and the three other passengers weren’t.

“Everyone was expressing grief and anger, but when the driver and I tried to express the same sorrow and grief like our fellow passengers, they were not interested. They made it clear they doubted what we said. They were mocking us: ‘Oh, yeah, sure, you’re sorry.’ ”

The taxi headed toward the Pentagon. “Everybody was leaving from that direction. We saw thousands of people walking, military cars, police cars. It was like a war zone. Everything was so tense … intimidating. I found myself in the middle of all that. It’s easy to talk about now, but it was terrible.”

The meeting with Northwest Airlines was canceled. Hamad said he made his way to the ADC national headquarters.

“I spent a week in Washington, and most of it was at the ADC office. Every day, we would stay there from about 8 in the morning until 2-3 in the morning. We had a set of 15 phones that were ringing nonstop.

“People were so scared, asking what to do. The most common question: Should we just leave the United States? Should we take our families and get out for a few months? There was true fear and intimidation.

“We found ourselves not just advocates, but psychologists and social workers, trying to calm people and guide them through what was happening.”

‘Keep our eyes on this guy’

Hamad said it took a week before he mustered the courage to fly home. “I knew there would be problems flying, or even renting a car, but eventually I said ‘I’m ready.’ The airport was like a war zone: All police, military, dogs.

“People were in line to approach the Northwest ticket counter. I expected to have to go through a tough process. I understood the stress and fear. Not that I approved of it, but I understood it. So I was ready.

“I reached the counter and saw how long it was taking to screen others. I thought it would be double or triple with me, but believe it or not, I was one of the fastest. So I went to the gate, and I could tell I was being guarded by everybody’s eyes. If I moved left, they looked left. If I moved right, they looked right. I tried to stay still. I got a newspaper and tried to read, and I can still see everyone watching me.

As he boarded a flight to Baltimore, a layover on his way to Detroit, Hamad said he overheard the same comments he’d been hearing for days: “We have to keep our eyes on this guy. Watch out for him.’ People were looking at me like I was an alien.”

Hamad’s seat was at the rear of the airplane. “I had the aisle seat, and a lady had the window seat. When I sat next to her, she appeared very nervous. I didn’t engage. She looked at me and asked to trade places. I figured it might make her more relaxed, so I agreed.

“When the flight took off, everyone’s eyes were on me. I was the only Arab on the flight; I don’t think many Arabs dared to fly during that time.”

A hug of a lifetime

The woman next to Hamad said nothing for a while before finally asking him where he was born. “In my mind, I said ‘uh oh.’ I told her I was born in Lebanon. That made her even more afraid, because she now knew I was Arab. If she doubted it, now she knew for sure.

“She paused for a second and said, ‘What do you think about the terrorist attacks?’ I told her it was sad, and that I’m very sorry. I shared my grief and sorrow and anger, and said this was a crime against all Americans, and all humanity.

“She looked at me and said, ‘Do you really mean that?’ I said, ‘Of course. What makes you doubt it?’ She said she wasn’t sure. I told her, ‘I’m a human like you. You think I’m happy to see so many people brutally murdered? Anyone who’d be happy about that is insane, which is why we should bond further together to defeat the common enemy.

“She says, ‘but they’re from the same faith as you,’ and I told her I didn’t care, because evil doesn’t recognize faith or color. That’s what the terrorists want: For us to be divided, rather than standing together as one nation.”

As they conversed, Hamad said the woman appeared to relax. “She asked why I was in D.C., and I told her the story about Arabs being profiled. I then asked her a few questions, and she said she was a flight attendant returning to Detroit.

“I told her, ‘these are tough circumstances, but I’m blessed that I met you. I understand your fear and anxiety, but believe me, not all Muslims are the same. She started to loosen up, and we just talked about a lot of topics after that.”

When the plane landed, the passengers broke into applause. “They were saying, ‘Thank God, he wasn’t a (terrorist).’ The lady next to me knew they were talking about me. She said, ‘I’m sorry you had to go through this.’ Then she told me why she had asked me to change seats with her: She wanted to be able to escape in case I did something.

“So as we were departing the plane, in front of everyone, she hugged me and said, ‘I’m sorry I felt bad things about you. I’m so glad to meet you. God bless you.’

“That left a mark on my heart. To me, despite the stress and agony, it was worth it. If you’d given me a million dollars, I wouldn’t have felt as good as seeing a fellow human being overcome hate the way she did.

“That was one hug I’ll never forget for the rest of my life.”

■Gov. Rick Snyder has asked that American flags be flown at half staff on Sunday, Patriot Day, to honor those whose lives were lost 15 years ago.

■Oakland County officials have draped a large American flag on the outside of the west wing of the Circuit Court building.

■A University of Michigan memorial will feature 2,977 American flags, one for each life lost. The display will be from 9 a.m. to 5 p.m. Sunday at the Diag, on UM’s Ann Arbor campus.

■White Chapel Memorial Park in Troy will have a 5K Patriots Race and unveil a War on Terror Memorial from 9 a.m. to 1 p.m. Sunday.

■Service at Kalamazoo’s Bronson Park downtown, 4 p.m. Sunday. If bad weather, ceremony will be moved to First United Methodist Church across from the park.