IONA to hold its 11th. Annual Convention in Detroit: 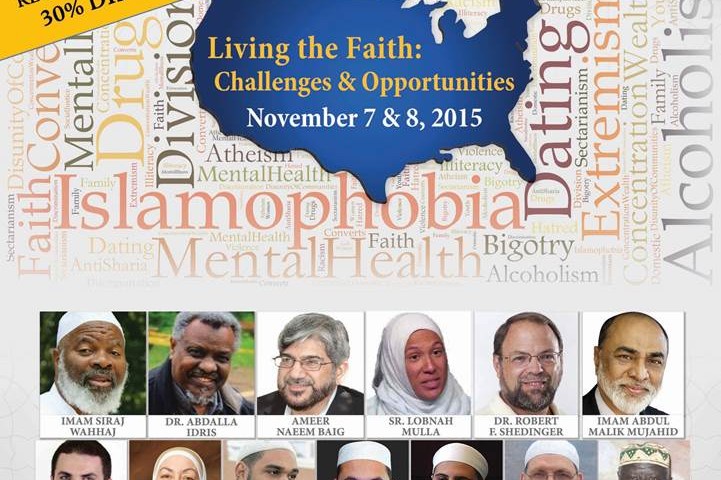 On November 7 and 8, 2015 The Islamic Organization of North America, IONA, will be holding its 11th. Annual Convention “Living the Faith: Challenges and Opportunities” at Cobo Center in Detroit, Michigan. The convention will include esteemed speakers and guests addressing  issues of importance to Muslims everywhere, particularly in North America, as well as examining the overwhelming and unprecedented challenges facing Muslims today. The program will include workshops, community projects, lectures, basketball, bazaar, talent competition and hadith competition.  A number of important topics will be discussed and examines including Islamophobia, rise of atheism, drugs, alcoholism, dating, mental health, violent extremism, Muslim converts trying to find their place, raising good Muslim families, and Muslims struggling to live their faith. This Convention will be held this year in an environment that many Muslims find very challenging. More than 50% of Muslim Americans say that it has become more difficult to live as a Muslim in the United States. many find themselves facing the question: How do we, as God conscious believers, live our faith in such climate?  This year’s IONA Convention is an opportunity to engage with esteemed speakers regarding these timely issues. The American Human Rights Council (AHRC-USA) urges participation in this Convention.  AHRC-USA is a proud supporter of the IONA conference and extends its best wishes for another year of success

“This convention unlike any other conventional gatherings will focus on issues that affect our well and spiritual being, issues that concern our youth and families such as drugs, atheism, homosexuality, Islamophobia among other pertinent issues that ultimately affect the entire community.” said,  Imam Mustapha Elturk, IONA Ameer.

” One of the objectives is to bring all sectors of the community including the African Americans. There is power in unity. The aim is to constructively work together and offer solutions to the overwhelming challenges our community is facing. This is a LIVING convention. The workshops will help us identify priorities and organize teams and leaders that would carry on the work and report the progress the following year.” continued Imam Elturk.

For more information contact  the Islamic Organization of North America, IONA at (248) 210-4156 or via email at: ameer@ionaonline.org

“The right to live life fully with dignity as a human being includes the right to practice one’s faith freely and without fear of persecution or discrimination on account of religion” said, Imad Hamad AHRC Executive Director.   “We applaud IONA for this Convention’s dealing with the challenges that face Muslim Americans who are entitled to enjoy their human rights and civil rights without fear,” continued Hamad.