DR. ALZOHAILI: AHRC EXTENDS ITS SINCERE APPRECIATION TO ALL ITS FRIENDS AND SUPPORTERS: 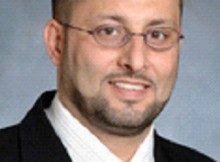 AHRC extends its sincere appreciation to all its friends and supporters:

In the spirit of common humanity, the American Human rights Council (AHRC) extends its heartfelt appreciation to all of its friends and supporters who graciously responded to its invitation to join and become a proud supporter and sponsor of its upcoming semiannual “Protecting our Humanity” Dinner reception that will be held on Friday- April 10, 2015 at 6:00 pm at Byblos Banquet Center in Dearborn, MI. AHRC expects a full house of distinguished guests and a distinguished and diverse audience. A Special guest of honor will be announced.  AHRC asks our guests and supporters to arrive on time for the program to start on time.

“We thank all our friends and supporters for the great support they give AHRC and its human rights cause” said, Dr. Opada Alzohaili , AHRC President. “We look forward to a great and empowering evening prompting human rights and human dignity for all,” continued Alzohaili.