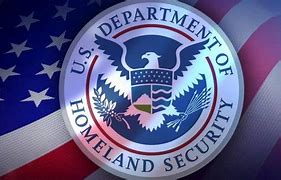 U.S. DEPARTMENT OF HOMELAND SECURITY
Office of Public Affairs
________________________________________
WASHINGTON – Today, Secretary of Homeland Security Alejandro N. Mayorkas and Attorney General Merrick B. Garland announced a new Dedicated Docket process to more expeditiously and fairly make decisions in immigration cases of families who arrive between ports of entry at the Southwest Border. This new process should significantly decrease the amount of time it takes for migrants to have their cases adjudicated while still providing fair hearings for families seeking asylum at the border.

“Families arriving at the border who are placed in immigration proceedings should have their cases decided in an orderly, efficient, and fair manner,” said Secretary of Homeland Security Alejandro N. Mayorkas. “Families who have recently arrived should not languish in a multi-year backlog; today’s announcement is an important step for both justice and border security.”

“The mission of the Department of Justice’s immigration courts is to decide the cases that come before them promptly and fairly,” said Attorney General Merrick B. Garland. “This new program for certain newly arriving families will help achieve that critically important goal.”

Under this new process, certain recently arrived families may be placed on the Dedicated Docket. Families may qualify if they are apprehended between ports of entry on or after Friday, May 28, 2021, placed in removal proceedings, and enrolled in Alternatives to Detention (ATD). DHS, in partnership with the Department of Justice (DOJ) Executive Office for Immigration Review (EOIR), will make available information services to help families understand the immigration system and refer families to pro bono legal service providers for possible representation.

EOIR has identified immigration courts in 10 cities with established communities of legal services providers and available judges to handle the cases. The designated cities are Denver, Detroit, El Paso, Los Angeles, Miami, Newark, New York City, San Diego, San Francisco, and Seattle.
DHS
Under the Dedicated Docket, EOIR’s immigration judges will work generally to issue a decision within 300 days of the initial master calendar hearing, subject to the unique circumstances of each case including allowing time for families to seek representation where needed. While the goal of this process is to decide cases expeditiously, fairness will not be compromised.
# # #