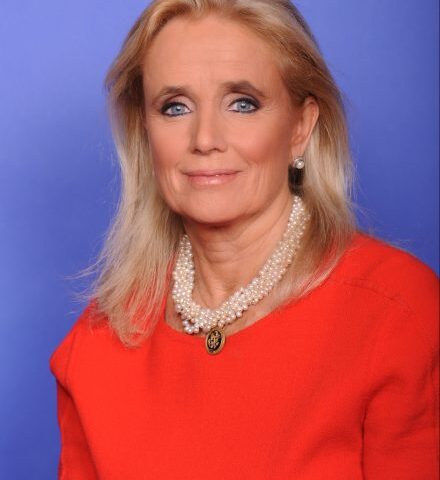 Dingell’s staff didn’t specify the extent of the damage but did say that none of the staff was injured or in danger.
“Today, Congresswoman Dingell’s Dearborn office was broken into and vandalized,” Mackenzie Smith, Dingell’s spokeswoman said. “The Dearborn Police Department responded immediately after notification, and the United States Capitol Police are assisting in the investigation. Team Dingell staff members are safe and were not physically present in the office today given a previous fire in the building.”

Dingell said many of the items that were broken were memorabilia from her husband, former U.S. Rep. John D. Dingell.
“I’m deeply concerned about the break-in and vandalization of my Dearborn office today,” she said. “Our door and windows were smashed and memorabilia – especially John’s items – was broken. Thankfully, my staff and I are safe and no one was hurt, but we must also recognize the impact attacks like this one and constant threats have had on my staff and all Congressional staff. This needs to stop now.

Dearborn Heights Police Chief receives council approval for speed measurement signs
“The motive for today’s incident is unclear, but what I can tell you is that the disrespect, violence, and division need to end in this country. We need to practice civility and kindness, not divisiveness and anger.

“My office has been receiving threats for months and we take them very seriously. This vandalization really hits home. Regardless of if your views differ from mine or from your neighbor’s, we need to learn to hear each other out and work together to solve the issues facing our nation. Violence and vandalism aren’t the answer.
“I am grateful for the Dearborn Police and United States Capitol Police who keep us safe. We are working with them to identify who is responsible and hold them accountable for their actions. In the meantime, please be safe and please spread a little kindness.” The office, at 19855 W. Outer Drive, will remain closed for the foreseeable future.

Dave Herndon | Multimedia Journalist
Dave Herndon is a multimedia journalist with MediaNews Group, covering the Dearborn area for The Press and Guide. He started with the company in 2009, and has worked at several of their publications, covering everything from high school sports to government, and just about everything in between. He’s been a journalist since 2001, and also has worked in radio and television. In his spare time, he has authored comic books and works on various anthology books both fiction and non-fiction.
dherndon@medianewsgroup.com Follow Dave Herndon