CONDOLENCES TO THE BARAZINJI FAMILY AND THE COMMUNITY AT LARGE: 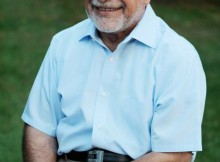 The American Human Rights Council (AHRC-USA) express its sincere condolences for the death of Dr. Jamal Barazinji who died on Saturday, September 26, 2015in his hometown Sterling in Virginia A. Our Thoughts and Prayers with the Barzinji Family in this time.

“Dr. Barazinji was a prominent and vocal Muslim voice of reason and moderation through his long years of service at the local, national and international level” said Imad Hamad AHRC Executive Director. ” He was acknowledged as an important voice for mutual coexistence and mutual respect, tirelessly advocating for peace and love as a common bond among all humanity” continued Hamad.