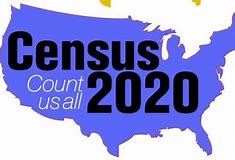 FOR IMMEDIATE RELEASE: WEDNESDAY, APRIL 01, 2020
Response Rates Map Shows What Areas Are Responding the Fastest
April 1, 2020 – Today is Census Day, the day that determines who is counted in the 2020 Census and where they are counted.
The U.S. Constitution mandates a census of the population every 10 years. Responding to the 2020 Census is easy, safe and important, and is key to shaping the future of communities. Census statistics are used to determine the number of seats each state holds in the U.S. House of Representatives and informs legislative district boundaries. They also inform how hundreds of billions of dollars in public funds are allocated by state, local and federal lawmakers to communities for public services and infrastructure like hospitals, emergency services, schools and bridges each year over the next 10 years.

36.2 percent of households across the nation have responded to the 2020 Census since invitations began arriving in mailboxes March 12-20. Response rates are updated in the map daily seven days a week so that the public can see how well their community is doing compared to the nation and other areas.

The Census Bureau is strongly encouraging the public to respond to the 2020 Census online using a desktop computer, laptop, smartphone or tablet. You can respond online or by phone in English or 12 other languages. There are also 59 non-English language guides and videos (plus American Sign Language) available on 2020census.gov ensuring over 99% of U.S. households can respond online in their preferred language. It has never been easier to respond on your own — all without having to meet a census taker. This is really important with the current health and safety guidance being provided by national, state and local health authorities.

When you respond:
• Respond for where you live as of April 1 (Census Day).
• Include everyone who usually lives and sleeps in your home as of April 1, even if they are staying somewhere else temporarily. This includes relatives, friends, roommates and anyone else who lives and sleeps in your home most of the time — even children under age five and babies born on or before April 1, even if they are still in the hospital.
• Count college students where they live while attending school. If they live on campus in university/college housing such as dorms or fraternity/sorority houses, they will be counted by school officials and do not need to respond. However, if they live off campus in private housing or apartments, they should respond to the census on their own using their off-campus address even if they are currently staying elsewhere.
• Find additional answers about “Who to Count” at 2020census.gov.

You can use the Census ID from your invitation or provide your address when you respond. Then, please make sure your friends, family and social networks know about the importance of responding and encourage them to complete their census. Responding now will minimize the need for a census taker to follow up and visit your home later this year.

The 2020 Census is open for self-response online at 2020Census.gov, over the phone by calling the number provided in your invitation, and by paper through the mail.
Tip sheet only. No news release associated with this announcement.