Census 2020: Let’s Make Sure all Are Counted 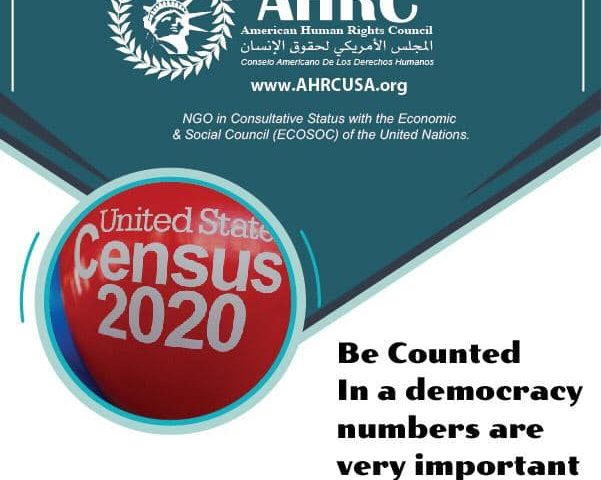 The American Human Rights Council (AHRC-USA) is gearing up its effort, along with all other Census partners in the state of Michigan and across the nation, urging everyone in the US to actively participate and register for CENSUS 2020.

Participation in the 2020 Census should be taken seriously. It is even more important than the local, state and national elections since we have to live with the results and consequences for 10 years. This is neither a partisan issue nor an ideological one. The Constitution requires a census every 10 years of everyone in the country.

The Census is simply about us, the people living in the United States, regardless of immigration status. It is the count of the population living in the country at the time of the Census. Numbers will impact each city and each town and each state. The census is a treasure trove of information, an invaluable resource for government and the private sector.

We urge everyone to spare no effort to ensure the success of the Census. Success means counting everyone. And everyone means everyone. It is not a debatable issue. The Census is simply about us, the people of the United States, regardless of legal status.

“Unfortunately, the toxic political environment has reached the Census issue,” said Imad Hamad, AHRC Executive Director. “Despite all the political noise around the Census, we urge everyone to be counted,” added Hamad. “This Census, among other things, ensures that our communities are allocated the resources they need, something that affects all of us,” concluded Hamad.