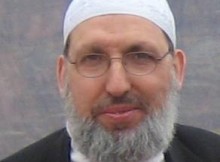 Unjust killing must be condemned regardless of who the perpetrator is.

The two black men killed in Louisiana and Minnesota are among countless others whose lives were taken unjustly by police brutality. The governor of Minnesota said, “Had the victim there been white, he would not have been shot.” This statement not only indicates but affirms the institutionalized racism that exists in our country.

Institutional racism is a form of discrimination that has been incorporated into the structures, processes and procedures of organizations, institutions and governments that either deliberately or indirectly discriminate against certain groups of people to limit their rights.

This racial inequality is at the root of what drives the tension we see in the streets. In addition to police brutality, racial inequity exists in almost every sector of our society, be it education, real estate, the justice system or health care, among many other institutions.

Islam teaches that all people regardless of their skin color, race, language, ethnic background and gender, stand at the top of Allah’s creation including angels. What an honor. “We have honored the children of Adam and carried them by land and sea; We have provided good sustenance for them and We have preferred them greatly over many of those We have created.” (al-Isra, 17:70)

Islam teaches that all humans regardless of their origin or skin color, and whose beginning can be traced back to Adam and Eve are brothers and sisters, thus created equal in the eyes of God. Islam declares that all people belong to one race, the human race. The ayah, “O people We created you from a male and a female” (al-Hujurat, 49:13), signifies that all human beings regardless of who they are belong to one parent, Adam and Eve. Hence, all human beings, Muslims and non-Muslims, Jews and Christians and people of every faith and religion; blacks, whites, Arabs, non-Arabs or any other race; men and women are unequivocally equal before their Creator and the law.

The #BlackLivesMatter movement must remain peaceful and never resort to violence. The non-violent approach of Dr. Rev. Martin Luther King Jr. must be adopted while addressing the crisis of police brutality.

The #BlackLivesMatter movement is a Muslim issue. The issue of racism does not only affect blacks. It affects all minorities, Muslims among them.

As Muslim Americans, not only do many of us fall prey to the dominant views of the society around us (forgetting somehow, that we too are minorities), but many of us also carry our own baggage of cultural racism and bigotry that often stem from biases imported from our home countries. Muslim immigrants and children of Muslim immigrants are not only infected by cultural racism but also greatly influenced by the prevailing culture of racism that exists in this country we call home.

There is much to learn from the Black Muslim community as they have suffered injustice after injustice and know and understand the system. In this political climate of fear and uncertainty, we must stand together and gain strength in numbers.

As concerned Muslims, we must be just as passionate about the #blacklivesmatter movement as we are about injustices in Syria, Iraq, Yemen and Pakistan. We should be just as quick to join an anti-black racism rally as we are a Palestine march. Injustice is injustice no matter who the victim is and as Muslims we always stand with the oppressed. For more info on how to get involved visitblacklivesmatter.com/getinvolved.

Finally, in order to break down the barriers of racial biases and prejudices we must make a conscious effort to get to know our black neighbor. Take the time to get to know and genuinely befriend your black brother and sister. Know and understand the injustices the African American community face; the disadvantages they endure be it education, healthcare, voting rights, law enforcement and workplace discrimination, and so on. Understanding these issues will allow you to empathize rather than victimize.

Unfortunately, the recent events in Louisiana and Minnesota among many other events continue to remind us of the scary reality that requires our utmost attention. Racism and discrimination are rampant and innocent people, be them African Americans, Muslims, Latinos or other minorities continue to be victims of the structured and institutionalized racism our country continues to harbor and cultivate. We’ve had enough and it must come to an end.