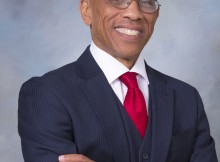 “I am proud to be a part of a tradition that has built bridges of trust, respect and dialog between people of all racial and ethnic backgrounds.  I salute the American Human Rights Council (AHRC) for its leadership in eradicating bias, prejudice and intolerance.  Safeguarding human rights is the bedrock of democracy.  I look forward to the first Semi-Annual Fundraising Reception that will be held on April 10, 2015.  This promises to be a historic occasion where people of good will can rally behind the fundraiser theme of “Protecting our Humanity.”