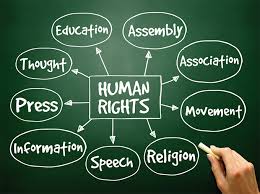 AHRC-USA works to advance and promote human rights pursuant to the United Nations Declaration of Human Rights and the United States Constitution by employing several strategies according to our mission.

Event Planning:
• AHRC-USA holds educational awareness and public forums around the most pressing human rights issues to ensure engagement and education of community members.
• AHRC-USA emerged as one of the most vocal voices against acts of hate and terror in the USA and abroad. AHRC-USA releases gained media, government and public interests.
• In 2016, AHRC-USA’s website was hacked and targeted due to our high public profile and advocacy against the culture of hate and terror.

Community Engagement:
• In 2016, AHRC-USA made close to 634 contacts with people across communities in metro Detroit. Our contacts include inquiries, referrals, and open advocacy cases. AHRC-USA extended assistance to community members with special requests and situations of hardship on a case-by-case basis based on the availability of our resources.
• We also refer community members to our community partners that are service based organizations depending on the need of the individual.
• AHRC-USA successfully and effectively addressed and solved cases related to Airport and Land Port of entry, TSA, and Enforcement & Removal (ERO, USCIS, ICE, and CBP) related cases.
• AHRC-USA actively assisted in asylum cases related to Syrians, Iraqis, Yemenis and Palestinians within the USA and abroad.
• AHRC-USA investigated and addressed over 100 inmate inquiries throughout the year related to different types of issues within prison facilities.

Special Projects and Conferences:
• AHRC-USA attended numerous local community events, gatherings and discussions in 2016.
• AHRC-USA attended local, national and international meetings and conferences focusing on civil and human rights.
o On January 28, 2016, AHRC-USA attended the Office of Homeland Security Investigation’s Detroit Human Trafficking Seminar, held at the U.S. Citizenship and Immigration Services Building in Detroit, Michigan.
o On February 4, 2016, AHRC-USA conducted one of its “Capitol Days” in Lansing, Michigan. Staff, volunteers and board members spent the day in Lansing meeting with members of the Michigan State House of Representatives to introduce AHRC’s mission, concerns, and interests related to human rights.
o On March 15, 2016, AHRC-USA participated in a community discussion with representatives from the U.S. Department of Justice about law enforcement and community relations at the Dearborn Police Department.
o On March 17, 2016, AHRC-USA attended the 3rd Annual Interdisciplinary Conference on Cybercrime at Michigan State University. This conference addressed the technical and social issues related to cybercrime around the world.
o In July 2016, AHRC-USA hosted a U.S. Citizenship Ceremony with the United States Citizen and Immigration Services (USCIS) and the Muslim Unity Center.
o On July 20, 2016, AHRC-USA joined the Human Lights Organization conference.
o In August 2016, AHRC-USA joined the Yemeni American Committee (YAC) at the ICD.
o On September 16, 2016, AHRC-USA joined the Wayne State University Center for Latino/a and Latin American Studies (CLLAS) for its 45th anniversary and annual celebration.
o In October 2016, AHRC-USA actively supported the Amnesty International Midwest Regional Conference that was held in Dearborn, Michigan. AHRC-USA was an active supportive organization and partner.
o In November-December 2016, AHRC-USA conducted an international visit to Lebanon that included visits and meetings with the United Nations- ESCAWA HQ, the U.S. Embassy, and the Judicial-Court Palace.
o AHRC-USA met with several U.S. Department of State Delegations from different countries through the Global Ties formerly known as the International Visitors Council (IVC). The purpose is to learn about best practices in community resilience, engaging the youth, and countering/preventing extremism.
o AHRC-USA represented a major and important vocal and educational voice encouraging voter registration, get the vote out, and was a partner in a national voter campaign.
o AHRC-USA was one vocal voice addressing the Flint Water Crisis and was awarded by the Detroit City Council for its leading advocacy efforts.
o In October 2016, AHRC-USA’s Executive Director Imad Hamad was honored for Lifetime Achievement in Civil Rights at Fast Freddy’s Community Awards.
o AHRC-USA actively participated in Back to School events and Peace Rallies in different Detroit neighborhoods.
o AHRC-USA joined the Michigan Human Trafficking Task Force (MHTTF) and addressed Human Trafficking on several occasions.

AHRC-USA programs:
• “Spirit of Humanity” Gala – AHRC-USA holds an annual fundraising event in celebration and honor of our common humanity and our common goal of promoting and advancing human rights and human dignity for all. Our gala is an intergenerational gathering of people of many cultures, ethnicities, faiths, and professions in honor of human rights.
• Prisoners’ Rights Initiative “No Prisoner Left Behind” – AHRC-USA is committed to advancing and promoting the human rights of all citizens, including those incarcerated, regardless of the reason, and their families. We regularly monitor policies of the local and national criminal justice systems and serve as a voice of advocacy for prisoners across Michigan whose rights are not preserved and protected. AHRC-USA is committed to ensuring those incarcerated that they have not been forgotten.
• Internship Program – AHRC-USA offers internships to high school and college students who are interested in human rights and community service. Interns can be part of various projects related to human rights in general and prisoners’ rights and affairs. Students can earn school credit, community service, student stipends, and other available opportunities. The AHRC-USA internship program will serve as an opportunity to advance students’ knowledge and involvement in serving the cause of human rights.