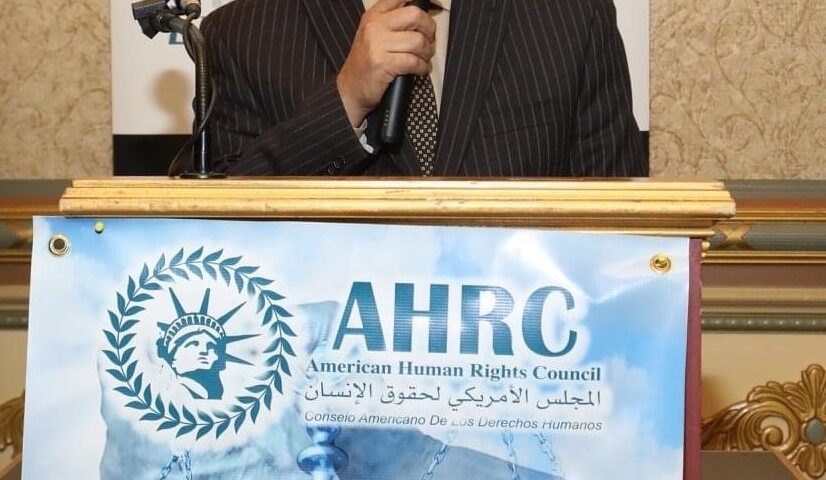 [Michigan, December 8, 2021]: The American Human Rights Council (AHRC-USA) board, staff and volunteers express their gratitude and sincere appreciation to all friends, supporters, and sponsors for making AHRC’s December 2, 2021, virtual gala a great success. The gala began with the US national anthem performed by Dr. D. Teamor and special greetings messages from both Congresswoman Debbie Dingell and Congresswoman Brenda Lawrence.

The gala’s guest speaker, Ms. Sylvia Orduño, of the Water Board of Michigan, highlighted the challenges regarding water in Detroit and across the nation. She stressed that access to affordable water is a human right.

Dr. D. Teamor, AHRC Advisory Board member, shared her reflection regarding AHRC’s ongoing Zoom discussions and continued dialogue regarding issues of common interest and concerns to the community at large. These series of virtual sessions included diverse group of guests and participants such law enforcement agencies of all levels, members of the bench, educators, and medical doctors, civic and religious leaders. The pandemic did not stop AHRC from continuing its work.

The topic of the challenge of opioid addiction as a social and law enforcement issue was one of the gala’s program. The gala speakers addressed the real challenge of the spread of substance abuse and drug addiction among the different communities in Michigan, including the Arab and Muslim American populations. The FBI- Detroit Field office delivered a recorded message highlighting the serious nature of this challenge facing our society. AHRC’s stance is that community-law enforcement dialogue and partnership are key to effectively dealing with the opioid epidemic.

Hate crimes, women’s rights, gun violence, mass-shootings, domestic terrorism all were addressed during the gala, including the shooting at the Oxford High School. These matters were addressed by State Senator Sylvia Santana and Dr. Leila Hajjar, AHRC Advisory Board Member.

The Hon. Brenda Jones, President of Detroit City Council, made an unexpected appearance during this year’s gala. Ms. Jones saluted AHRC’s leadership and vital role, services and work on behalf of human rights locally, nationally and internationally. Ms. Jones surprised all by presenting the Spirit of Detroit Award “ All Cultures Award” to Mr. Imad Hamad, AHRC executive director for his tireless efforts and devotion to building bridges with all communities in Michigan. Ms. Jones noted that this was the first and the only award given as the “ALL Culture Award” to anyone in the greater Detroit area. Mr. Hamad humbly accepted this special award on behalf of the AHRC team.

“Without this overwhelming support this gala would have not been possible, let alone successful, given the immense challenges and hardships we are all facing,” said Imad Hamad, AHRC Executive Director.

“We are grateful to our large AHRC family of friends, donors and supporters that make our work possible,” said Dr. Saleh Muslah, President AHRC Board. “We promise to continue to advocate for human rights in 2022 and beyond,” added Muslah.

To watch the gala visit AHRC Facebook page or the hosting network, Whatsupmedianetwork.

To donate please visit www.ahrcusa.org. Donations are processed through PayPal.

AHRC Mission:
The American Human Rights Council (AHRC) is dedicated to defending and protecting human rights as outlined in the U.S. Constitution and the United Nations 1948 Universal Declaration of Human Rights (UDHR). The AHRC was formed to protect these rights and advocate for anyone whose rights are being violated or denied. To that end, the AHRC will build a tenacious, objective, and carefully guided advocacy program that will serve to defend individual human rights, whenever and wherever they are being infringed upon
# # #
AHRC News & Views
Media & Information: (313) 9143251
NGO in Consultative Status with the Economic and Social Council (ECOSOC) of the United Nations