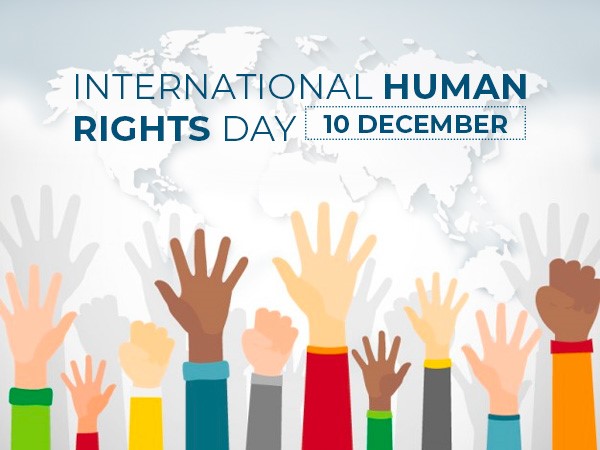 [Michigan December 9, 2021]: On December ten of every year, the world celebrates International Human Rights Day. In 1950, the United Nations General Assembly passed a resolution recognizing December 10 as Human Rights Day. Basic human rights are enshrined in the 1948 Universal Declaration of Human Rights and are part of the UN charter. All UN members are bound by these human rights.
This important day serves as a reminder that all people are equal. Everyone is entitled to basic human rights. This is the consensus of the world as reflected in the UN charter.
This day also reminds us of the challenge of making human rights a lived reality for everyone. This year’s Human Rights Day is over-shadowed by the resurgence of Covid-19 virus that is affecting all nations, especially those with fewer resources.

We also see a world suffering from natural and human made disasters. The world is still far from living up to the values and mandates of the Universal Declaration of Human Rights. In this world, AHRC and other human rights organizations continue to work to advance the cause of human rights. The struggle continues to make sure every human being enjoys the rights enshrined in the Declaration.

On this International Human Rights Day, let us continue to work together to develop and nurture in present and future generations a culture of human rights. All nations across the globe must respect and honor their own declared commitments to respect and protect human rights.
“Human rights are not about partisanship or ideology, human rights transcend partisanship and ideology,” said Imad Hamad, AHRC Executive Director. “All the countries of the world that are members of the UN have voluntarily agreed to abide by human rights,” added Hamad. “Our job in the human rights community is to raise awareness about these rights and to make sure all countries live up to this solemn commitment,” concluded Hamad.

###
Donate to AHRC:
These are challenging times. Despite all the myriad challenges, AHRC continues its diligent work helping members of our diverse communities at all levels. To donate, please visit: www.ahrcusa.org for safe & secured donation. Every donation counts. No amount is small.

AHRC Mission:
The American Human Rights Council (AHRC) is dedicated to defending and protecting human rights as outlined in the U.S. Constitution and the United Nations 1948 Universal Declaration of Human Rights (UDHR). The AHRC was formed to protect these rights and advocate for anyone whose rights are being violated or denied. To that end, the AHRC will build a tenacious, objective, and carefully guided advocacy program that will serve to defend individual human rights, whenever and wherever they are being infringed upon.
# # #
AHRC News & Views
Media & Information: (313) 9143251
NGO in Consultative Status with the Economic and Social Council (ECOSOC) of the United Nations