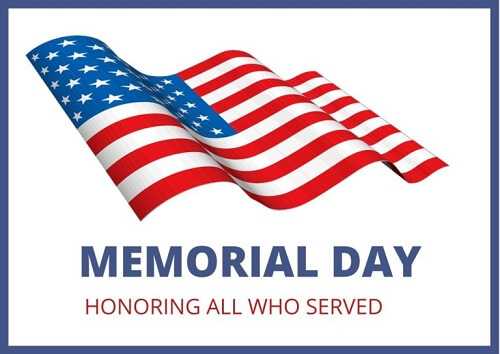 AHRC wishes everyone a very safe and pleasant holiday. Let us not forget to honor the true meaning of this day, to remember those who sacrificed their lives to preserve the liberties of the nation and its citizens. Also, to remember veterans who continue to face ongoing challenges?

AHRC urges all to celebrate responsibly keeping in mind that Covid is still a reality. Everyone should follow Covid protocols as directed by the local, state, and federal authorities.

AHRC calls upon all to actively participate in celebrations and parades embracing our rich diversity and honoring those who made the ultimate sacrifice.

One of those traditional parades is the 96th. Memorial Day Parade of the city of Dearborn that will be held on Monday, May 30, 2022, at 10:00 a.m. Following the parade will be a Remembrance Ceremony at the Veterans Park and War Memorial in front of the Henry Ford Centennial Library at 12:00 p.m. For more information, please contact 313-943-2285 or email fsaad@ci.dearborn.mi.us.
#####