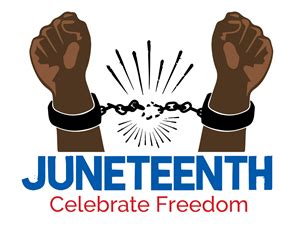 The American Human Council (AHRC-USA) joins the nation’s African Americans and all peace-loving people in celebrating the 153rd Anniversary of Juneteenth.

Juneteenth, also known as Juneteenth Independence Day or Freedom Day, is an American holiday that commemorates June 19, 1865. According to Juneteenth.com: “Juneteenth is the oldest nationally celebrated commemoration of the ending of slavery in the United States. From its Galveston, Texas origin in 1865, the observance of June 19th as the African American Emancipation Day has spread across the United States and beyond.”

This occasion reminds us of one of  the most painful periods in American history when African American were enslaved and denied the rights promised in our Declaration of Independence. Slavery was abolished only after a bloody Civil War that killed hundreds of thousands of people and caused so much destruction. The suffering of African Americans did not end with the abolition of slavery. For many years, African Americans continued to suffer from de facto and de jure discrimination. Despite improvements and legal protections, the struggle for equality continues.

Juneteenth is a day to recognize and honor the memory all the victims of slavery and to celebrate freedom and the achievements and contributions of African American to America.

“Today, as we celebrate the 153rd Anniversary of Juneteenth, the struggle for justice continues in the United States of America,” said attorney Isaac Robinson, Secretary, American Human Rights Council. “We must stand up against and fight environmental racism, mass incarceration, attacks on our public schools and cruel immigration policies,” concluded Mr. Robinson.

“Juneteenth is a day to celebrate freedom,” said Imad Hamad, AHRC Executive Director. “It is also a day to remember that the struggle for full equality is not over,” concluded Hamad.

Your story is published and below is a link to the publication http://www.thenigerianvoice.com/news/267471/ahrc-wishes-all-americans-a-happy-juneteenth.html