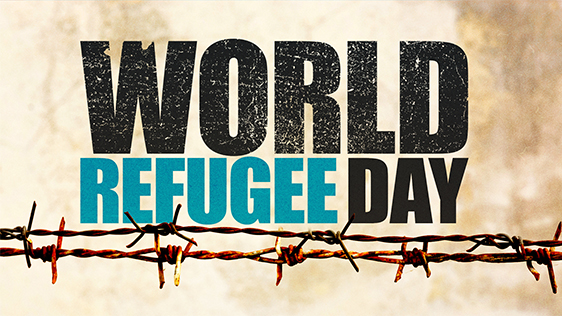 [June 20, 2018]: The American Human Rights Council (AHRC-USA) joins the United Nations and the global community in recognizing and observing World Refugee Day which is observed June 20 of every year. This day has been set aside by the United Nations in order to raise awareness and build support and change within the global community on behalf of the world’s forcibly displaced people.

Refugees, stateless, and internally displaced people are one of the world’s most vulnerable populations. In addition to fleeing their homelands and communities due to war, natural disaster, climate change or persecution, refugees, stateless and internally displaced people face separation from family and friends, hunger, sickness, extreme poverty, violence, and many forms of exploitation, including sexual and labor trafficking. On their journeys to seek shelter and safety, they are often forced to trek very dangerous paths by air, land, and sea only to be met with apathy, fear, and indifference at the borders of the governments and societies of which they seek assistance. For this very vulnerable global population, their human rights and regard for their dignity are often last to be upheld and maintained.

Over 65.3 million forcibly displaced people around the world according to the United Nations. This figure includes refugees, stateless people and internally displaced people. Violence, civil war, and conflict in Yemen, Syria, South Sudan, Burundi, Democratic Republic of Congo, Burma, Iraq, and many other countries continue to threaten the safety and security of millions of people. The Palestinians remain the oldest unsettled refugee community under occupation.

“There are millions of human beings that are being denied basic human rights due to their refugee status. Safety and security are a basic human right of which we are all entitled” said Imad Hamad AHRC Executive director. “We urge the world community to work more seriously on repatriating or resettling the refugees of the world,” continued Hamad.

To learn more about the global refugee crisis and ways to be involved please visit, www.unhcr.org

Dear author, Your story is published and below is a link to the publication http://www.thenigerianvoice.com/news/267541/ahrc-recognizes-world-refugee-day-june-20.html