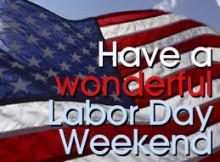 The American Human Rights Council (AHRC) joins fellow Americans in celebrating the working class during the Labor Day holiday on Monday, September 1st. , 2014.  Labor Day is a national holiday that is over 100 years old.  Labor Day is observed in the U.S., Canada, and other industrialized nations.  AHRC salutes the labor movement and all the members of the labor force.  Labor Day serves as a reminder that work and jobs is a basic human right that must be preserved and afforded to all.  It also serves as an occasion to advance our common bond towards family, friends, health, peace and well-being.   AHRC wishes everyone a very safe and pleasant labor day holiday.