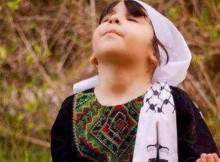 The American Human Rights Council (AHRC) joins the world’s community in welcoming the declared cease fire agreement reached today between Israel and Palestine, ending the onslaught in Gaza.  This war in Gaza has left over 2000 Palestinians killed and close to 13, 000 injured mainly women, elderly and children according to media reports and human rights organizations. In addition 540,000 residents of the 1.8 Gaza population has been displaced.  Reuter News agency reported that “Under a second stage of the truce that would begin a month later, Israel and the Palestinians would discuss the construction of a Gaza sea port and Israel’s release of Hamas prisoners in the occupied West Bank, possibly in a trade for body parts of two Israeli soldiers believed held by Hamas, the officials said”.

The U.S State Department issued a press statement welcoming the ceasefire stating that;” We strongly support today’s cease-fire agreement, and call on all parties to fully and completely comply with its terms.”

The American Human rights Council (AHRC) hopes that all parties uphold the achieved ceasefire, especially Israel as the occupied power. AHRC hopes that this truce will grant the people of Gaza the opportunity to rebuild after this massive destruction paving the way for a true, just and genuine peace in the region.

“Time is due for the people of Gaza and especially the children to enjoy peace” said AHRC Acting Director, Imad Hamad. “Once again this war attests that no peace can be possible without ending the occupation and granting the Palestinians their full human rights of self-determination and statehood” continued Hamad.