AHRC WELCOMES THE RELEASE OF MOHAMED SOLTAN FROM DETENTION IN EGYPT: 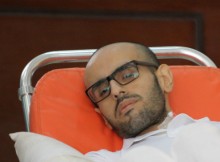 The American Human rights Council (AHRC) welcomes the release of Mr. Mohamed  Soltan, a fellow US citizen from his Egyptian prison. Soltan was detained in Egypt from August of 2013 and endured a painful experience- he almost died in detention.  Soltan was forced to renounce his Egyptian citizenship as part of the release arrangements according to several news sources. Mr. Soltan ran into problems with the Egyptian authorities for exercising freedom of speech, freedom of assembly and other peaceful activities in Egypt during the movement for reform in Egypt. Soltan declared a hunger strike for over 14 months challenging the unfair treatment he was subjected to during his detention, AHRC was a strong advocate on behalf of Mr. Soltan’s quest for justice. Like several other human rights organizations and concerned citizens all over the world, AHRC constantly demanded the immediate release of Mr. Sultan and demanded that US administration and the US state department take the proper actions to help secure his release and ensure his safety. AHRC notes that Soltan is not the only political prisoner in Egypt.

“The release of Mr. Soltan should be followed by the release of the other political prisoners who are still in jail and are suffering abuse and other forms of inhumane and degrading treatment. AHRC reiterates its call on the Egyptian government to fully comply with the standards of the UN Universal declaration of Human rights,” stated Imad Hamad, AHRC Executive Director.