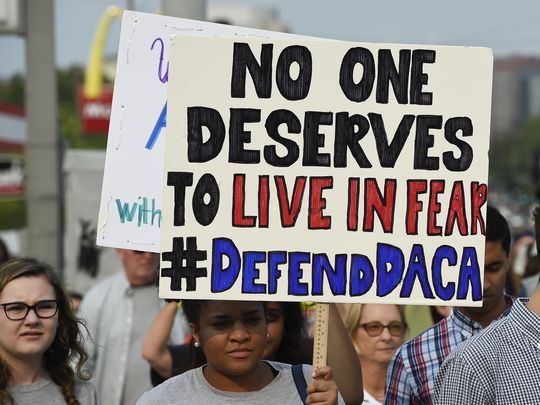 AHRC salutes Judge Alsup’s decision and calls upon both parties, Republicans and Democrats, to act responsibly and save the future of hundreds of thousands of young men and women that are American in all but name.  The Dreamers, young non-citizens who were brought to the USA at a young age and know and recognize no home but the United States, should not be used as a political football or as leverage.

The court’s decision once again showcases the greatness and the fairness of our judicial system amidst a broken immigration system and amidst divisive politics and divisive rhetoric. AHRC salutes judges who rise above politics and serve as true guardians of our democratic system.

“We are glad that judge Alsup took the courageous decision to allow DACA recipients to renew their status,”  said Imad Hamad, AHRC Executive Director. “AHRC advocates for a comprehensive immigration reform that is true to America’s democratic values and traditions,” added Hamad.