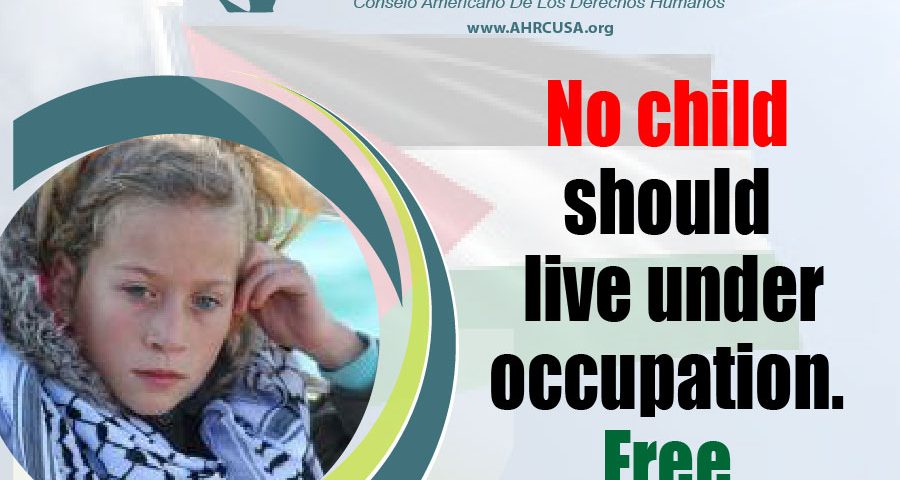 The American Human Rights Council (AHRC-USA) joins the worldâ€™s human rights community in expressing its solidarity with the Palestinian children prisoners in Israeli prisons. These children prisoners have been subject to arbitrary imprisonment, abuse, mistreatment, torture and the denial of the most rudimentary of rights.

AHRC-USA believes that the root cause of all the human rights abuses of the Palestinians is the illegal occupation. AHRC-USA advocates for an end to the occupation, the release of all Palestinian prisoners from Israeli prisons and a Palestinian state with Jerusalem as its capital as the solution consistent with international law and human rights.

“Human rights transcend politics,”  said Imad Hamad, AHRC executive Director. “Regardless of our political preferences and ideological preferences we should all be outraged when human rights, especially those of children, are violated,” said Hamad. “The abuse of Palestinian children should shock the conscience of every person who believes in human rights and basic decency,” concluded Hamad.