AHRC Welcomes the Biden Administration’s Undoing of Trump’s anti-ICC Measures, but is Deeply Concerned with New Approach to the ICC 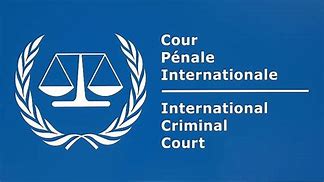 [Michigan, April 5, 2021]: Secretary of State Antony Blinken declared recently that the US is revoking measures taken by the Trump administration against the International Criminal Court (ICC).

The sanctions were imposed after the Trump administration was not able to convince the ICC to drop its probes of possible war crimes in Afghanistan by US soldiers and in Gaza by Israeli soldiers. The sanctions taken by the former administration included sanctioning ICC officials and visa restrictions on certain ICC officials. Sanctions were imposed on ICC Chief Prosecutor Fatou Bensouda and on the ICC’s Head of Jurisdiction, Complementary, and Cooperation Division Phakiso Mochochoko. Bensouda’s US-entry visa was cancelled.

AHRC welcomes this important step, this step by itself signals respect for international law and institutions.

In his statement as to these measures revoking the sanctions, Secretary Blinken stated: “Our support for the rule of law, access to justice, and accountability for mass atrocities are important U.S. national security interests that are protected and advanced by engaging with the rest of the world to meet the challenges of today and tomorrow.”

AHRC echoes the sentiments in the above excerpt. However, other parts of the statement cause us to pause and be deeply concerned and troubled.

In his statement, Blinken added that the US continued “to disagree strongly with the ICC’s actions relating to the Afghanistan and Palestinian situations.” He explained: “We maintain our longstanding objection to the Court’s efforts to assert jurisdiction over personnel of non-States Parties such as the United States and Israel. We believe, however, that our concerns about these cases would be better addressed through engagement with all stakeholders in the ICC process rather than through the imposition of sanctions.”

And, most troubling, he added: “We are encouraged that States Parties to the Rome Statute are considering a broad range of reforms to help the Court prioritize its resources and to achieve its core mission of serving as a court of last resort in punishing and deterring atrocity crimes. We think this reform is a worthwhile effort.”

“The ICC is the world’s only way of holding perpetrators of war crimes accountable when their own governments don’t and only when their own governments do not hold them accountable,” said Imad Hamad, AHRC Executive Director. “Normally, democracies that respect human rights have no issue with the ICC and the ICC has no issue with them,” added Hamad. “The ICC is fair and objective and is not guided by a partisan, national or ideological agenda, we urge the Biden administration to reconsider,” concluded Hamad.