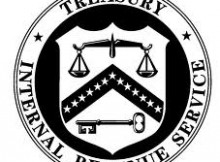 [Michigan, July 20, 2015]: The American Human Rights Council (AHRC-USA) warns American taxpayers of a tax scam that has victimized a number of people in the community. AHRC has learned that several members of the community have been receiving very aggressive and threatening phone calls from scammers impersonating the IRS. The IRS had previously warned about these scams on January 2015. The callers are professional thieves using an aggressive tone demanding immediate ‘payment” otherwise the person is subject to mandatory arrest with no bail. The scam begins with a phone call noting  “ Do not ignore this call to avoid arrest” and a fake  US phone number is left to call and ask the person to push 1 number 1 to speak to a legal advisor”. The person who answers the phone immediately asks you to write his Badge number, your case number and begin to explain what you have to pay to avoid arrest “within 45 minutes.” They claim that “notifications letters” were sent to your tax preparer who may have failed to inform you which does not waive the action against you. In many cases, they call random number without knowing whom they are calling. Often, they make the person identify themselves first then they quickly say, Yes, it’s you and begin their intimidation process. Lately, scammers have called from 904- 425-8244. According to media resources these are internationally-operated scams.

AHRC calls for awareness of such callers and such scam. AHRC urges exercising caution in  answering such calls. No personal information  should be disclosed on the phone to strangers. AHRC reminds citizens that this not how the IRS conducts its business and that there is a legal process to address any issue with the IRS mainly though written notification mailed to the person’s home address and never via the phone.

” No one is immune to these scams. The key is vigilance. The person you are speaking with on the phone could be anywhere in the world. And the number that appears on your caller ID might not be the real number they are calling from,” said Imad Hamad, AHRC executive director.

AHRC urges all to visit the IRS website and read about these scams.