AHRC visits the Consulate General of Mexico in Detroit, Michigan 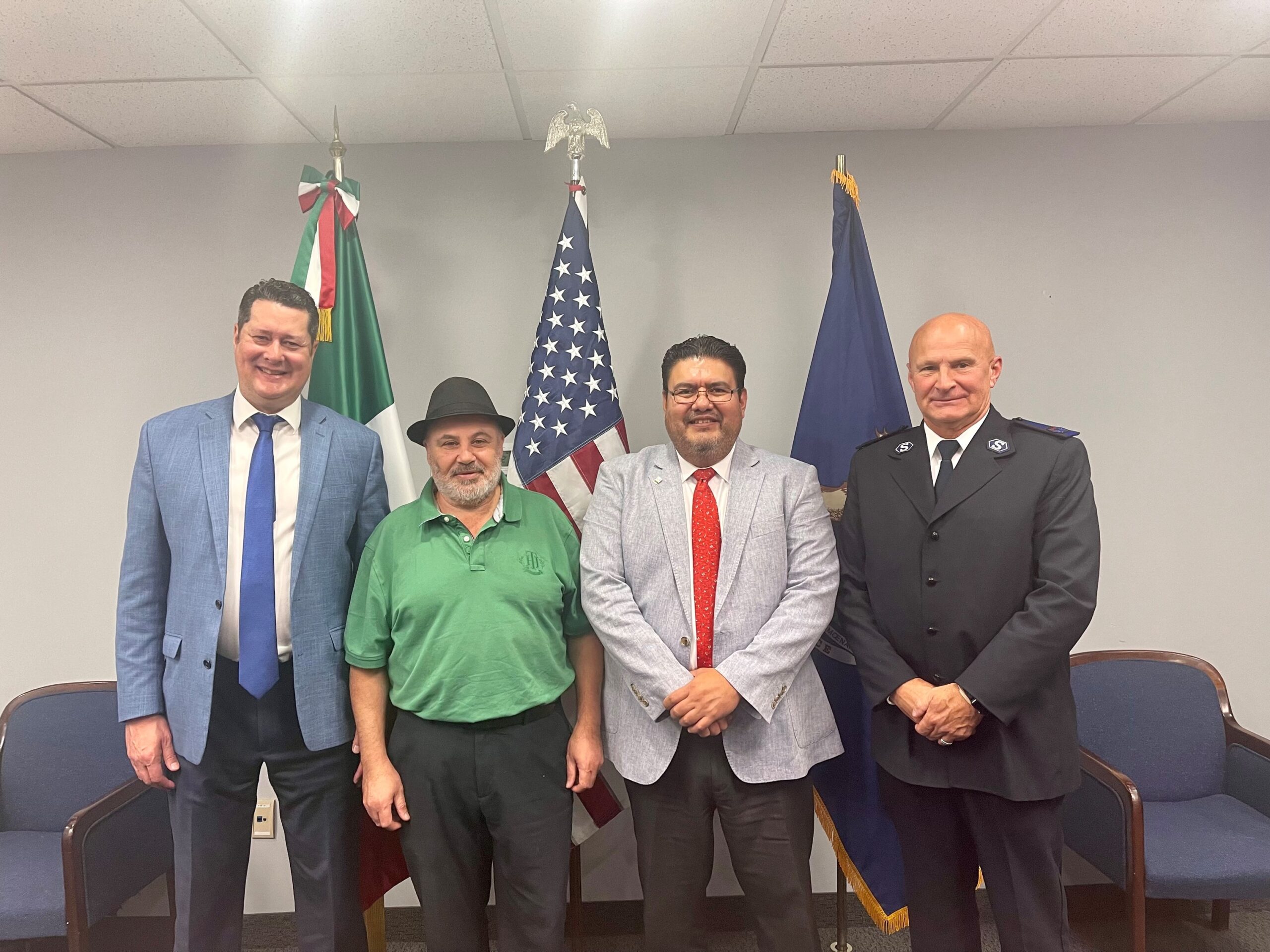 On August 30, 2022, the American Human Rights Council (AHRC-USA) visited the Consulate General of Mexico and conveyed its welcome to the new Consul General of Mexico in Michigan, H. E. Roberto Nicolas Vazquez.

The visit was AHRC’s protocol visit to a member of the Michigan’s diplomatic corps. The conversation was fruitful and constructive. All agreed to continue the working relationship and advance it. AHRC appreciates the consulate’s hospitality.

On Wednesday, September 14, 2022, the consulate will be holding a by- invitation reception commemorating the 212th anniversary of Mexico’s independence.

“America has a long border with Mexico, one of the longest and most peaceful in the world,” said Imad Hamad, AHRC Executive Director. “Americans and Mexicans are friends and neighbors and the relationship, and the bonds of friendship and understanding, are strengthened by the presence of millions of Mexican Americans,” added Hamad.

Dear author,
Your story is published and below is a link to the publication
http://www.thenigerianvoice.com/news/311536/american-human-rights-council-ahrc-usa-wishes-all-a-pleasa.html

AHRC wishes all a pleasant and safe Labor Day holiday