AHRC-USA meets with U.S. Department of State Delegation from Pakistan 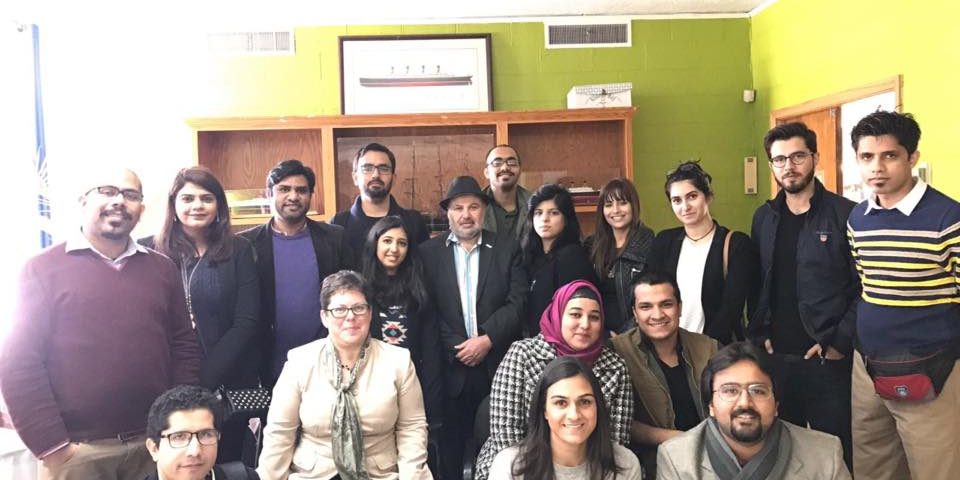 The delegation of 15 social entrepreneurs and community leaders were visiting the Metro Detroit area as part of the US. Department of State’s Bureau of Educational and Cultural Affairs International Leadership Program through Global Ties formerly known as the  International Visitors Council (IVC). One of the purposes is  to learn about best practices in community resilience, engaging the youth and  countering/preventing extremism.

The delegation’s main objective was to better understand AHRC-USA’s role as a human rights organization in the community, including its initiatives and types of human rights issues AHRC-USA handles. The delegation was also interested in learning more about the U.S. systems of government, how to advance diversity, civil rights and human protections for minorities and immigrants, as well as the social activities involved in integrating minority youth. In addition, the discussion addressed the organization’s work to empower the community with the skills, resources, and tools to become informed and engaged citizens.

“We welcome the open engagement and constructive dialogue about these common issues of interest,” said Imad Hamad, AHRC-USA Executive Director. “We appreciate the efforts of the U.S. Department of State and the IVC Detroit leadership in reaching out to the community at large,” continued Hamad.

For more information about matters related to the U.S. Department of State, please visit http://www.state.gov/.