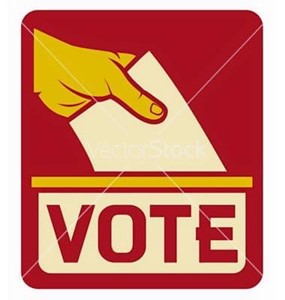 The American Human Rights Council (AHRC-USA) urges all registered voters to vote on Tuesday, November 8, 2022. Voting is electing to be part of the solution.

Voting is the people’s power. Giving up such power will weaken our ability to be effective and render the change that serves our interests and address our concerns as citizens

These midterms elections are crucial. Voters have the responsibility of selecting the right candidates based on their stances on issues of interests and concerns to society. A vote that is focused on policy and not some ascriptive value such as the demographic background of the candidate. Vote should be a vote based on the qualifications, the promises, and the values of the candidate.

The political parties and candidates have distinct position on issues of importance. The voter has a choice to make. Not participating is self-defeating. Voting is not just a right. It is a duty that each citizen should take seriously. Voting is a civic duty and a moral obligation.

AHRC urges all to vote and encourage others to vote. Complaining without voting is futile. Democracy is not a spectator sport. As Ralph Nader once said, “citizen” is the most important position in a democracy. We choose those who will make decisions that affect our lives. We are in charge.

We encourage voting smart. Voting smart means learning about the candidate, the issues and not letting emotions determine one’s vote. Do not vote ethnicity and personality, vote on the issues and the values.

Given the toxic political environment and politically motivated violence, all law enforcement agencies are vigilant.

“Elections are important, that is not debatable,” said Imad Hamad, AHRC Executive Director. “The midterm elections will set the tone for the 2024 presidential elections,” added Hamad. “We urge everyone to vote smart,” concluded Hamad.

Your story is published and below is a link to the publication
http://www.thenigerianvoice.com/news/313710/ahrc-urges-smart-voting-democracy-counts.html

Donate to AHRC: These are challenging times. Despite all the myriad challenges, AHRC continues its diligent work helping members of our diverse communities at all levels. To donate, please visit: www.ahrcusa.org for safe & secured donation. Every donation counts. No amount is small.
###
AHRC Mission:
The American Human Rights Council (AHRC) is dedicated to defending and protecting human rights as outlined in the U.S. Constitution and the United Nations 1948 Universal Declaration of Human Rights (UDHR). The AHRC was formed to protect these rights and advocate for anyone whose rights are being violated or denied. To that end, the AHRC will build a tenacious, objective, and carefully guided advocacy program that will serve to defend individual human rights, whenever and wherever they are being infringed upon
# # #
AHRC News & Views
Media & Information: (313) 9143251 or via email at: Info@ahrcusa.org
NGO in Consultative Status with the Economic and Social Council (ECOSOC) of the United Nations