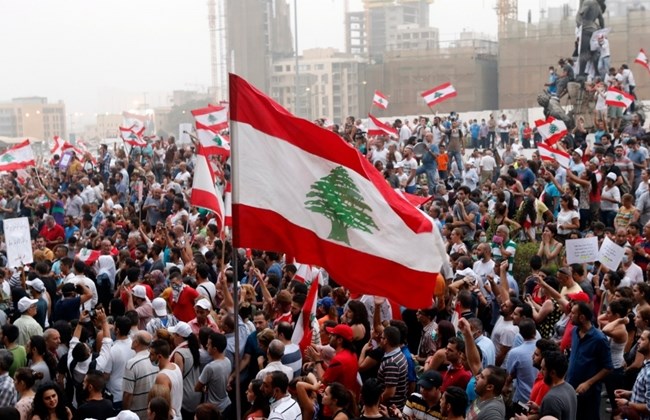 The peaceful protests in Lebanon and the mostly peaceful way the government has dealt with them has been one of the main news items in the world. AHRC commends the protesters for their peacefulness and the government for respecting the rights of its citizens.

Regardless of deep political disagreements, the Lebanese people managed to sustain the civil nature of a leaderless mass public protest. Since October 17, large numbers of Lebanese of all backgrounds took to the streets to peacefully protest social injustice, poverty, inequality, and corruption that have placed the country in a dire economic situation: Massive debt and economic contraction.

For too many years, the Lebanese have suffered from electricity outages, unaffordable health care, lack of drinking water, high rate of unemployment and pollution. All these problems and lack of services are inexplicably joined with a massive public debt: Ninety billion dollars of public debt in a country with a GDP of $51 billion and four million people. The politicians keep on bickering without delivering on promises. The ongoing failure of the Lebanese government to solve these conditions led to the eruption of popular protests.

The Lebanese Army and Internal Security Services have largely been respectful of the people’s right to protest and AHRC commends them for that. There were incidents of government heavy handedness in dealing with the protests. But these were the exception to the rule.

AHRC urges the Lebanese government to hear the calls of the protesters for transparency and accountability. The protesters have called for the dismantling the Lebanese political system that privileges group rights and group representation over individual rights and human rights. The political system has been able to provide neither good governance nor a good economy and the people, of all backgrounds, are paying the price and will be paying for many years unless the system changes.

Corruption in Lebanon is endemic. It is truly out of control. And it reaches across many sectors. It has become ingrained in the country and it is harmful for the country and its people. There are many explanations for what some call the culture of corruption in government and business. Regardless of the reasons, it is simply unsustainable, bringing the country on the verge of total collapse. And the real challenge remains that the confessional system puts the blame on everyone and no one.

There is hope for change. AHRC calls upon all segments of the Lebanese people to sustain unity and engage in constructive dialogue in order to peacefully resolve all issues confronting the country and the people.

“We continue to advocate for political systems and societies oriented toward respecting human rights and basic human freedoms,” said Imad Hamad, AHRC Executive Director. “We call for governments that see people as human beings and citizens rather than simply as members of tribes or religious groups,” added Hamad. “The Lebanese people, especially its millennials, are united in their demand for a country where citizenship is a more salient factor for society and government than any parochial identity, including sect and religion,” concluded Hamad.