AHRC urges immediate ceasefire and humanitarian relief to the city of Aleppo in Syria: 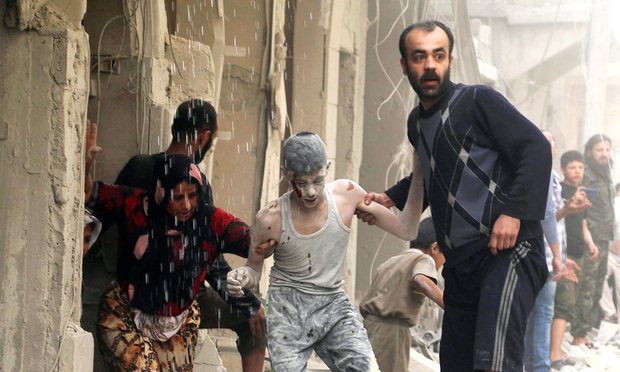 The American Human Rights Council (AHRC-USA) is deeply troubled with the ongoing human suffering and the devastation of  the continued massive airstrikes and heavy bombardments of the city of Aleppo for the past few days. It is very disheartening to witness the collapse of the “humanitarian” truce that was reached by conflicting parties in Syria. The war and conflict in Syria has almost completely destroyed the country’s infrastructure.  The Syrian people, especially in Aleppo, face dire humanitarian needs.

AHRC-USA, along with sister human rights organizations, condemn in the strongest terms the targeting of innocent civilians, healthcare facilities and rescue teams. The current humanitarian crisis in Aleppo should be at the top of the world’s action agenda at the UN.

“We are shocked at the level of human suffering in Syria today, especially the dire situation in Aleppo,” said Imad Hamad, AHRC Executive Director. “We urge all the parties to the conflict to respect human rights and we appeal to President Obama and other world leaders to bring an immediate ceasefire across Syria and start a serious program of Syrian national reconciliation,” said Hamad.