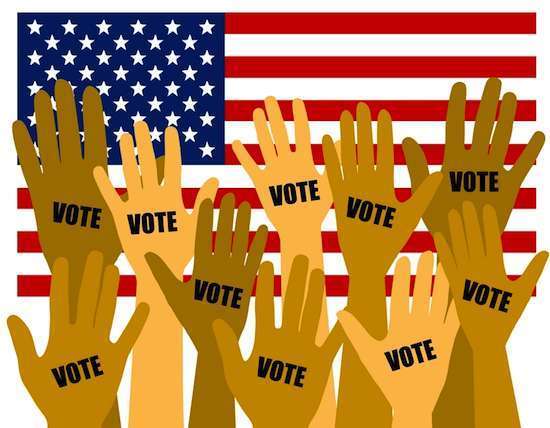 The American Human Rights Council (AHRC-USA) calls upon all eligible voters to vote on Tuesday November 5, 2019. Polls in Michigan open from 7:00 am to 8:00 pm.

AHRC urges all citizens not to miss being part of this democratic process and practice such a precious right. Regardless of what type of elections, presidential or not, elections continue to be important and very consequential. It does not have to be a Presidential elections in order for voters to get out and vote in high numbers. The local elections are extremely important and determine key issues that impact our daily lives.

In addition to voting, AHRC calls upon all to provide assistance to those with special needs on Election Day. For any assistance regarding the location of your polling post, please visit: Michigan Voter Information Center https://webapps.sos.state.mi.us/MVIC/

We urge voters to educate themselves and cast a smart vote. It is important to be careful not to be deceived by false hopes and false expectations. The last year’s elections present one example where many voters were dismayed and regretful with the choices they made. The vote is a precious right, it belongs to the individual voter, not a community or self-appointed community leaders. The ultimate guide is the conscience.

Elections are about choices and about accountability. Elected officials are voted by the people and work for the people. They people can fire them by not voting for them. Those who are not part of the process lose the moral right to complain about politics. In many countries in the world either there is no vote or the vote is rigged and the people are stuck with bad politicians. The US has real elections and real choices. And as President George W Bush once said, “elections have consequences”.

“It is often said that in a democracy the most important position is that of a citizen,” said Imad Hamad, AHRC Executive Director. “The vote is a precious right that belongs to the individual who should follow their conscience, not what others think he or she should vote for,” added Hamad. “We urge Michiganders to vote and encourage their friends and family to vote as well,” concluded Hamad.

Your story is published and below is a link to the publication
http://www.thenigerianvoice.com/news/282728/american-human-rights-council-ahrc-usa-urges-high-turnout.html