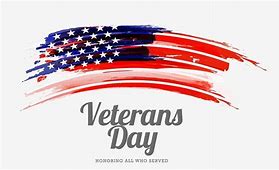 AHRC recognizes the veterans’ sacrifices made on behalf of our America’s security and interests. Veterans Day, formerly known as Armistice Day, is observed every year on November 11. It is a day to remember the shared and common American values of liberty, justice and freedom for all.

AHRC takes this occasion to remind all of the sacrifices that veterans made and many continue to make and of the moral obligation of our country to make sure that they are taken care of and reintegrated into the larger society. Veterans must be provided with adequate care and the support needed for them to return to be full members of civilian society.

AHRC agrees with what President Obama said on 11/11/2016: “It’s the example of veterans — patriots — who, when they take off their fatigues, put back on the camouflage of everyday life in America and become our business partners and bosses, our teachers and our coaches, our first responders, city council members, community leaders, role models — all still serving this country we love with the same sense of duty and with valor.” This is still the reality, however, too many of veterans still have unmet needs during the course of transitioning from service to civilian life.

“Too many veterans are not receiving the care they need and deserve,” said Imad Hamad, AHRC Executive Director. “On this Veterans day, we urge that just as in combat no soldier is left behind, in civilian society no veteran should be left behind,” concluded Hamad.

Dear author,
Your story is published and below is a link to the publication
http://www.thenigerianvoice.com/news/282844/ahrc-salutes-american-veterans-reaffirms-commitment-to-supp.html