AHRC urges acceptance of the outcome of elections and the end of the rhetoric of divisiveness: 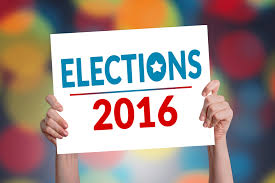 The American Human Rights Council (AHRC-USA) congratulates all general elections winners at all levels local, state and national. AHRC-USA extends its congratulations to President Elect Donald Trump, the 45th President of the United States of America. Despite our divergence as a country on crucial political issues, we need to work together to tackle the serious challenges facing our nation. It is time to build bridges and move forward. Voters voted and Voters decided.

AHRC-USA commends all voters who exercised this most precious civic duty. AHRC-USA salutes all the hard working and dedicated volunteers who worked tirelessly throughout the past months and during the elections day making every effort to help energize voters to get out and vote.

AHRC understands the disappointment of important segments of American society with the outcome of this election. We urge all to accept the outcome and focus attention on contributing to solving problems in the US and abroad. AHRC-USA hopes that all elected officials, including President Elect Trump, understand that running a campaign is catering to one’s own supporters but governing is for the whole country. AHRC-USA and other human rights organizations will remain as vigilant as ever in monitoring and advocating for human rights and human dignity in the US and around the world.

“There are lessons in winning campaigns and lessons in losing campaigns,” said Imad Hamad, AHRC Executive Director. “We hope that we all draw the right lessons. As a human rights organization, we are vigilant in protecting and promoting human rights regardless of the outcome of one electoral cycle or another,” said Hamad.