AHRC : THE RELEASE OF THE CIA TORTURE REPORT IS A GOOD STEP IN THE RIGHT DIRECTION, ACTION NEEDED TO ENSURE NON-RECURRENCE AND ACCOUNTABILITY: 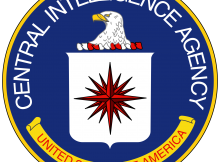 The American Human rights Council (AHRC) welcomes the release of the long-awaited Torture Report  yesterday by the US Senate Intelligence Committee.  AHRC salute the work of the men and women who meticulously documented one of the most shameful chapters of our history.  US Senator Feinstein said to the media that that the CIA’s actions in the aftermath of 9/11 were a “stain on our values and on our history,” and “The release of this 500-page summary cannot remove that stain, but it can and does say to our people and the world that America is big enough to admit when it’s wrong and confident enough to learn from its mistakes,” she said.

AHRC believes that torture is illegal under American and international law. Torture is also ineffective in producing reliable intelligence as the Report documents. We note that we don’t regard the Report as “news”. The media has been writing about the torture and abuse for years. Arab American and Muslim former FBI Agent, Mr. Ali Soufan, documented in The Black Banners in detail the abuses he personally saw in the aftermath of 9/11 when he served in the FBI anti-terrorism unit. He argued that not only is torture immoral and illegal but ineffective as well. Senator Feinstein referred to Agent Soufan in her media commentary but did not name him.  At this point the question is how is the release of the report is going to make us a better nation that does not fall back again into these practices in the name of imagined expedience?

“I think it will be a travesty of justice if we as a country go after low-level government employees or independent contractors who were ordered to engage in shameful and illegal practices and stop there. It was the politicians and their appointees who ordered the so- called Enhanced Interrogation Techniques because they believed, without a shred of evidence, that they work or will work and insisted on their use even after it had become amply clear that they are not only illegal and criminal but ineffective as well,” said Professor Ihsan Alkhatib, AHRC board member.

AHRC affirms that each human being has the right to be free from torture regardless of his nationality and citizenship. “The use of torture is against our Declaration of Independence, Constitution, core values and international obligations, said Imad Hamad, AHRC Executive Director. “We see this episode as a terrible chapter that will spur us to be ever vigilant in our defense of human rights. Human rights need to be defended, even in the United States,” said Hamad.