AHRC: The closure of the Palestine Mission Office in DC is another setback for the cause of peace: 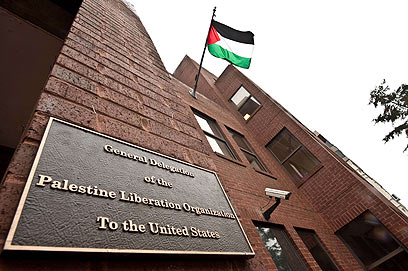 The American Human Rights Council (AHRC-USA) expresses its deep dismay regarding the Trump administration’s decision to shut down the Palestine Mission office in the United States of America.

This setback does not come as a surprise. It is a measure among a number of punitive measures that the administration has taken to punish the Palestinian people for standing up for their rights. The US has previously cut all funding to UNRWA (United Nations Relief and Works Agency) and the funding to Palestinian hospitals in East Jerusalem.  All these harsh measures are intended to force the Palestinians to accept the diktat of the right- wing government in Israel.

The closure of the Palestine Mission in DC will impose tremendous hardships on Palestinian Americans to whom the Mission office is a de facto Palestinian embassy.  The Palestinians have been fighting for their rights for many decades now. Their struggle for self- determination, the right of return and a Palestinian state with its capital in Jerusalem preceded this administration and will continue after this administration’s term in office is over. These punitive measures are vindictive and  counterproductive.

AHRC advocates for human rights for everyone in the world. There is no group of people that have been denied the most basic of human rights the way the Palestinians have. Many objective observers have noted that the Oslo peace process has failed because of bad faith from Israeli governments and the US not being an honest broker. The Trump administration’s stance on the peace process has destroyed any semblance of objectivity.

“We urge the US government to have human rights front and center in its dealings with the Palestinian issue,” said Imad Hamad, AHRC Executive director. “We continue to advocate for a peaceful resolution of the Palestine conflict based on international law and UN resolutions as to complete Israeli withdrawal from the occupied lands and the return of the refugees to their homes,” added Hamad. “We are afraid that each of the administration’s drastic and radical measures taken by the administration, while they might be popular with certain American and Israeli segments, indeed take us farther and farther from a peaceful resolution of this tragic conflict,” concluded Hamad.

Your story is published and below is a link to the publication http://www.thenigerianvoice.com/news/270432/ahrc-the-closure-of-the-palestine-mission-office-in-dc-is.html