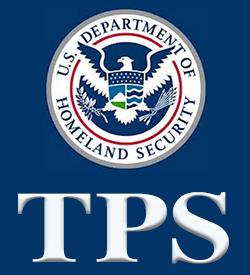 It is the practice of the US to give this status to countries experiencing extreme from natural or human-made disasters. Lebanon is experiencing a human-made disaster. For three years, Lebanon has been suffering from a severe economic collapse. Ordinary citizens suffer from sustained power outages and runaway inflation. It’s a humanitarian crisis.

Lebanon’s collapse is a political and economic crisis. This collapse is due to corruption and mismanagement. The Lebanese blame all their politicians for this failure. Most people in Lebanon are barely surviving on remittances and/or charity organizations’ donations. These organization include American NGOs.

The crisis is pushing Lebanese to leave the country. They desperately seek a normal country that would accept them and give their children a normal life and a normal future. Given these circumstances, the forced removal of Lebanese citizens living in the US with no legal status is not consistent with American law and values. TPS is the law to deal with precisely such situations as the one Lebanon is experiencing.

AHRC urges the Biden administration to extend TPS status to Lebanon and calls upon other members of Congress to support Rep. Debbie Dingell’s efforts.

“Granting TPS for Lebanon reflects American good will that will be greatly appreciated by the Lebanese people,” said Imad Hamad, AHRC Executive director. ‘It will also reaffirm President Biden’s promise to put human rights at the center of his policies,” added Hamad.

AHRC appeals to all others who did not join the Gala’s sponsorship list yet to do so. The change of date provides a renewed opportunity for that. The past two years were exceptionally challenging for AHRC. Despite all the myriad challenges, AHRC continues its diligent work helping members of our diverse communities at all levels. We can’t continue our work without the generous support of our partners, friends and volunteers.

Help AHRC Protect Human Rights:
AHRC is committed to continue its leading role defending, promoting and advancing the cause of human rights at home and abroad. These are challenging times. It is our common humanity that we are determined to protect. To donate, please visit: www.ahrcusa.org for safe & secured donation. To become a sponsor and join us in defending and promoting human rights, please email: Imad@ahrcusa.org
###

The American Human Rights Council (AHRC) is dedicated to defending and protecting human rights as outlined in the U.S. Constitution and the United Nations 1948 Universal Declaration of Human Rights (UDHR). The AHRC was formed to protect these rights and advocate for anyone whose rights are being violated or denied. To that end, the AHRC will build a tenacious, objective, and carefully guided advocacy program that will serve to defend individual human rights, whenever and wherever they are being infringed upon
# # #
AHRC News & Views
Media & Information: (313) 9143251
NGO in Consultative Status with the Economic and Social Council (ECOSOC) of the United Nations