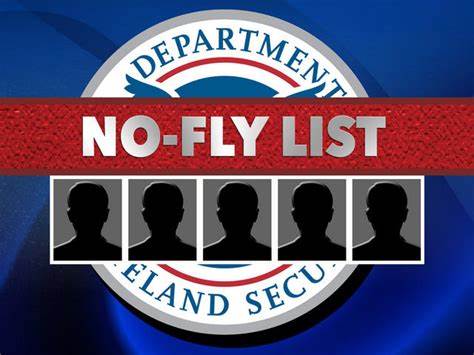 [Michigan, August 26, 2021]:The American Human Rights Council (AHRC-USA) supports Congresswoman Debbie Dingell’s (MI-District 12) call for the FBI and DHS to audit the No- Fly- List and the Terror Watch List that were created in the aftermath of the 9/11 terrorist attacks.

Before the lists, Arabs and Muslims complained of profiling- the Flying While Arab phenomenon. These lists have institutionalized the discriminatory treatment of Arabs and Muslims. Michigan and Dearborn in particular have a sizeable share of the lists. One key challenge dealing with the lists is the lack of a clear mechanism for redress where the person, if listed, can pursue in order to clear their name and resolve the matter. Unfortunately, removing a name and such designation is almost mission impossible.

Many people were not aware that their names are listed until they attempted to travel. No explanation can be provided beyond being not allowed to travel by air. No one questions the need for national security. However, the constitutional rights of everyone should be respected. Due process is a constitutional right and these lists deny Americans due process of law.

AHRC salutes Congresswoman Debbie Dingell’s requests. AHRC calls on other members of the US Congress to send similar letters and hold hearings on this important matter.

“The right to freedom of movement and travel is a human right enshrined in Article 13 of the Universal Declaration of Human Rights,” said Imad Hamad, AHRC Executive Director. “Being unjustifiably denied this right is a violation of human rights,” added Hamad.

Dingell calls for audit of No-Fly and Selectee Lists, wants Americans removed from them