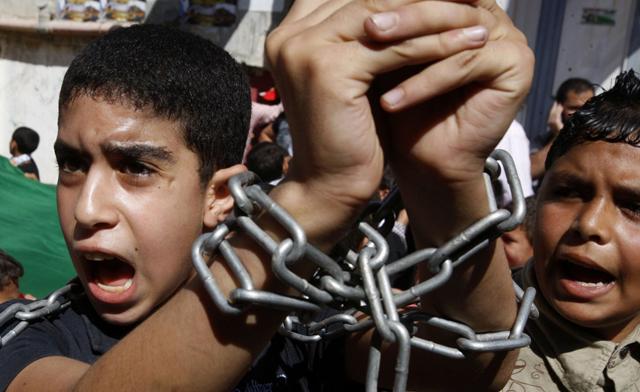 The American Human Rights Council (AHRC-USA) joins the world’s human rights community in expressing its solidarity with the Palestinian prisoners in Israeli prisons. These prisoners have been subject to arbitrary imprisonment, abuse, mistreatment and often torture.

Over 1500 Palestinian political prisoners have declared a hunger strike a few days ago in an effort to expose the Israeli authorities’ harsh and inhumane treatment. AHRC is deeply concerned about the Palestine prisoners’ plight under such conditions and demands that the Israeli authorities adhere to the international law and norms that govern the treatment of the civilian population living under an occupation regime. Over a million Palestinians have been imprisoned by Israel since 1948.

AHRC-USA calls upon the United Nations and the international community and all peace loving people to join hands and stand in full support of the prisoners’ demands that are protected by international law and international norms. AHRC is especially troubled by the rising number of children imprisoned by Israel at a very young age. The imprisonment of women and children by Israel is a violation of laws and norms intended to protect human beings from abuse- especially the laws and norms meant to protect the most vulnerable- the occupied people, women and children.

“Human rights transcend politics,” said Imad Hamad, AHRC executive Director. “Regardless of our political preferences and ideological preferences we should all be outraged when human rights are violated,” said Hamad. “The denial of the rights of Palestinians to freedom and dignity in their own homeland should shock the conscience of every person who believes in human rights and basic decency,” concluded Hamad