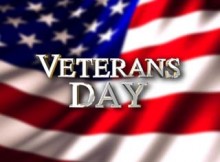 [Michigan, November 11, 2014]: The American Human Rights Council (AHRC) salutes American veterans on this Veterans Day and recognizes their great sacrifices on behalf of our nation’s security and interests. Veterans Day, formerly known as Armistice Day, observed every year on November 11, is a day to remember the shared and common American values of liberty, justice and freedom for all. AHRC takes this opportunity to remind all of the sacrifices that veterans make for all of us and of the obligation of our country to thank them for their service by taking care of them. AHRC recognizes that too many of our veterans have unmet needs in transitioning from service to civilian life.

“AHRC is saddened by reports of hardships faced by American veterans transitioning to civilian life. This Veterans Day we have to reaffirm our commitment to thanking our veterans for their service by making sure we do everything to help them adjust to civilian life” said Imad Hamad AHRC Acting Director.  “Our veterans deserve better from our nation. Veterans are a collective responsibility of the nation and the people” continued Hama