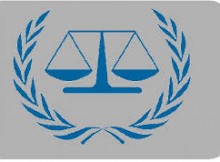 [Michigan, November 11, 2014]: The American Human Rights Council (AHRC) is saddened and disappointed by the news of the conviction of longtime- activist Rasmea Odeh. Ms. Odeh, 67, was granted citizenship in November 2004 after living as a permanent resident in Detroit, Michigan, and later Chicago, Illinois, since 1995.

On Monday, November 10, 2014 a Michigan federal jury at the US District Court of Eastern Michigan convicted Ms Odeh of Unlawful Procurement of Citizenship for not disclosing her record with the Israeli authorities. This unfortunate conviction paves the way for further proceedings and actions against Ms Odeh that might include taking away her U.S. citizenship and eventually removing her from the US. Ms Odeh’s legal team is appealing her conviction. The government filed a motion to revoke Ms Odeh’s bond.  US District Judge Gershwin Drain approved the motion and Ms Odeh has been arrested and imprisoned. “Someday we will find fairness, in some place in the world,” Rasmea Odeh told supporters after the jury announced the guilty verdict.

AHRC shares the community’s serious concerns regarding the prosecution and conviction of Ms Odeh as well as the revocation of her bond. The scrutiny of her immigration file, years after her having obtained naturalization, is perceived as selective prosecution motivated by antagonism to her legal and peaceful pro- Palestinian activism. Ms Odeh is seen by many as a role model in her citizenship and community involvement. Odeh served the community at large and the United States through her tireless advocacy on behalf of human rights and in particular her advocacy of women’s rights.

While AHRC respects the jury’s decision we think that Ms Odeh should not have been prosecuted. We see this prosecution and conviction as a serious setback for the cause of citizen involvement in human rights advocacy and community involvement. The government has prosecutorial discretion and we believe that the discretion should have been used in her favor, not against her. AHRC will continue to monitor the developments of this case closely due to its sensitive nature.

“AHRC is deeply disappointed by the outcome of the case. We are especially troubled by the revocation of bond. The revocation of the bond was totally unnecessary as Ms. Odeh pause no safety, security nor a flight risk concern” said Imad Hamad, AHRC acting Director.  “We see this matter as an ongoing unfortunate legal battle” continued Mr. Hamad